Meta.mk
Analyses “This is madness”, cry the environmentalists against the new mines promissed in... 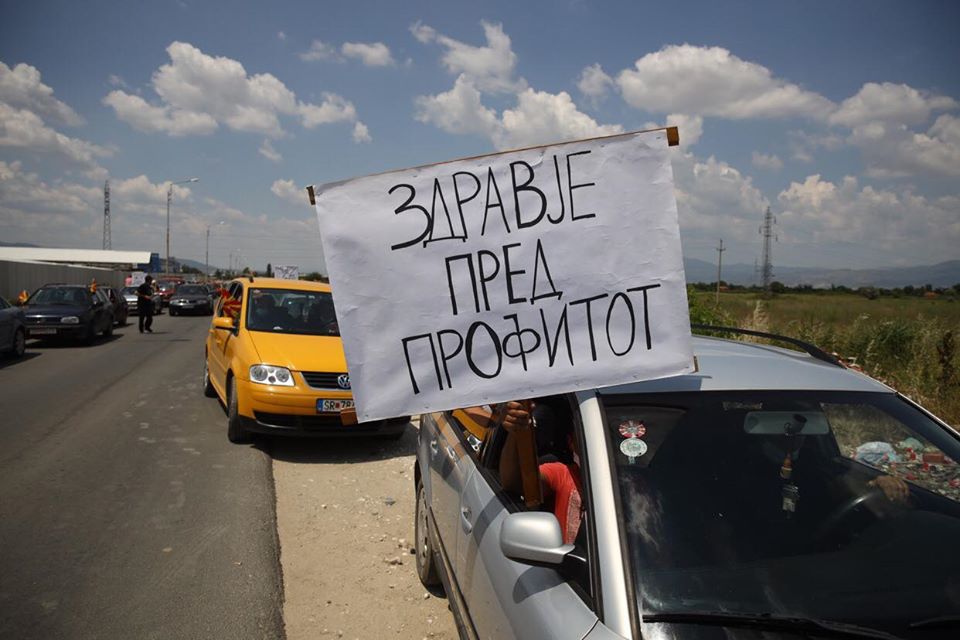 The concern among the environmental activists who fight against the mines in the Southeastern part of North Macedonia increased when during its election campaign VMRO-DPMNE revealed its stances about the development of the country’s mining capacities as was shown in their election program.

The program reveals the opening of five mines as a priority: Lojane-Lipkovo, Kadiica- Pehcevo, Plavica, Tajmishte and Stogovo. VMRO-DPMNE’s election program also states the following: “During the period between 2021-2022 alone, we plan to approve at least 1-2 mining concessions for the exploitation of metallic mineral raw materials (copper, gold, silver, zinc, lead, molybdenum, etc)”.

Recently, Igor Janushev, VMRO-DPMNE’s General Secretary and head of the list in the third election district that encompasses the eastern part of the country, in Probishtip announced that if they come to power, they will start a new project with opening mines for metallic and mineral ore. “In the next four years, the Government led by VMRO-DPMNE will boost the employment of at least 300 people from Probishtip and its surrounding area by opening new mines,” said Janushev.

“This is madness,” said Gjorgji Tanushev from the “Healthy Valley” association.

“We heard Janushev, and so far we didn’t hear any opinion by VMRO-DPMNE about the Ilovica-Shtuka mine, even though Mickoski kicked off his campaign in Strumica. But we read in VMRO-DPMNE’s program that they will be granting at least 1-2 concessions for mines for copper, gold, silver, zinc, lead, molybdenum” said Tanushev who also mentioned that the people will not allow opening mines in Southeastern Macedonia.

The environmentalists who fight against the mines demand from the biggest political parties to state their stance on whether the people in the southeast will be sacrificed in order to please the mining business.

Angel Nakov, a member of the “Spas za Gevgelija” (Rescue for Gevgelija) association that fights the opening mines at Kožuv Mountain said that the technology used for leaching the ore, as planned for mines for copper and gold, wherever applied, will cause an environmental catastrophe, not only for the local population, but for the wider region as well.

“Imagine the opening of five or more new mines that will pollute in a radius of at least 50 km. How much of the clean land will we remain” asks Nakov.

Sanjay Pradhan: Building partnership between citizens and government is of particular significance during the COVID-pandemic