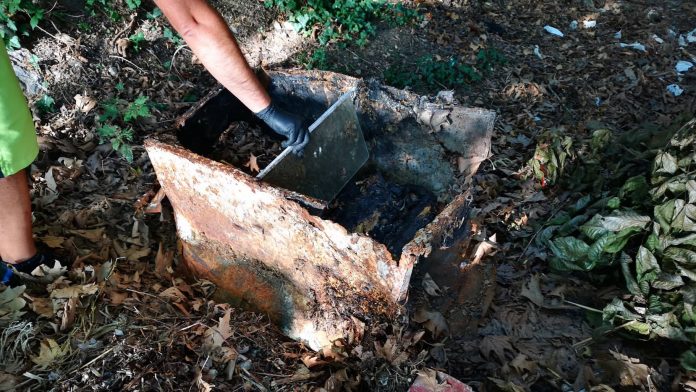 The season at the Ohrid Lake has already begun and with it, some ugly scenes seem to arrive. Many locations on the shoreline are full of waste left by the visitors. Fortunately, Ohrid has enthusiasts that are dedicating their time and energy to prevent the shoreline to become a landfill. The past weekend, “Chist Ohrid” (Clean Ohrid) Initiative, second weekend in a row, had a cleaning drive, this time at Labino beach.

“The visitors who at that moment were at the beach showed awareness and they packed their waste neatly and left it at an appropriate spot,” informs “Clean Ohrid”.

They say that despite the claims by certain people from PE Ohrid Waste Disposal Company that the location was cleaned before their activity took place, the volunteers saw a worrisome and alarming situation.

During the weekend, with the action, 13 bags full of garbage and other items were collected including a single completely burned refrigerator, water faucets, shoe polish, toilet brushes, and other objects which shouldn’t end up on a beach.

Ohrid Waste Disposal Company’s Stevcho Maslov says that unfortunately the scenery with waste can often be seen, which paints an ugly picture of the city as a tourist center.

“The beaches from which the illegally built objects were removed, were treated. We are cleaning the following beaches: Saraishte, Labino, Gorica 3, Lagadin, Peshtani, Trpejca. Every day we have crews that are emptying 120-liter dustbins and they are collecting all of those items left on the beaches by reckless citizens: plastic, paper, cardboard. We are facing a problem. We are working with full capacity but we also request cooperation by the citizens,” appeals Maslov. 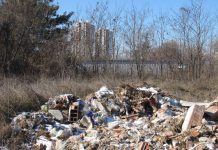