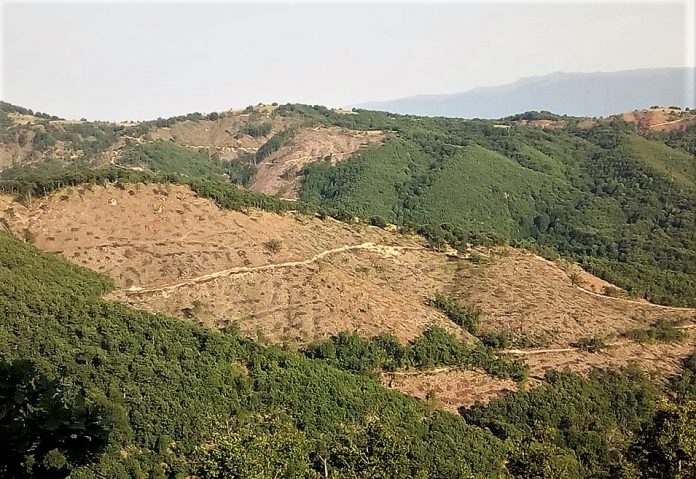 Environmentalists from the Strumica Region alarm that although there is no mine on Mount Ograzhden, the area where the Ilovica Mine was planned is being mercilessly destroyed by extensive logging of enormous area of high-quality wood by the local branch of the Public Enterprise “National Forests”.

“We visited yesterday the local branch office of the public enterprise to express our concern about the clearcut logging of high-quality beech and oak trees in the area which was given under concession for the mine, although the government revoked the concession given to Euromax Resources, but we were told that they have timber permits issued by the headquarters in Skopje and that they comply and do not intend to stop,” says Stojan Velkov, environmental activist from “Zdrava Kotlina”.

So far, Velkov claims, according to the unofficial information that they have, because the competent authorities refuse to release official figures, between 700 and the 1000 hectares of the forest were logged, mostly beech, whose regeneration is pretty arduous.

“We have unofficial information that more than 1600 hectares of forest will be logged, on the very area that was planned for the tailings pond of the mine and the other objects, which means that, so far, at least half of that forest was logged, and the destruction goes on regardless of the fact that the whole situation with the planned mine is now history,” Velkov says.

Ljupcho Mitrov, the director of the Strumica branch of the Public Enterprise “National Forests” explains that they are acting according to the Ten-Year Plans that were approved by the Ministry of Agriculture, Forestry and Water management.

“The logging that we do is not connected with the mining concession of Euromax Resources in any way,” Mitrov says.

In addition to “Zdrava Kotlina”, the locals from the villages Ilovica and Shtuka, and the environmental activists from “The Youth from Ilovica and Shtuka Against the Mine” and “Eko-dolina” from of Novo Selo also protest the extensive logging operation.

The area where the logging is going on is just above the villages of Shtuka and Ilovica and the local community is anxious that it destroys the forests in which they, for centuries, lived in, collected mushrooms and fire wood. They are especially worried that the clearcut logging will create danger of flash floods. 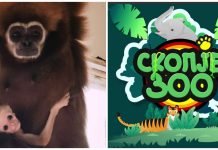 Yet another white-handed gibbon baby born in Skopje Zoo