RFE / RL say it is a Russian campaign aimed at silencing the independent media and shutting down their Russian-language service in the country.

In concert with the threat posed by the 100,000 soldiers Russia has deployed along Ukraine’s borders, Russia’s bullying actions against independent journalism have also intensified. RFE/RL will continue to provide the Russian people with the news and information they need to hold their government accountable, said Radio Free Europe / Radio Liberty president Jamie Fly.

RFE / RL reports that on 30 December last year, Russia added RFE / RL journalists Jelena Vladikina and Ivan Belyaev to the list of individual media “foreign agents,” along with six other Russian intellectuals, including members of the Pussy Riot activist group.

Such labeling of journalists as “foreign agents” under the controversial law makes them subject to harsh and invasive financial reporting requirements and forces them to add long and legally binding labels to their “foreign agent” status in the overall electronic correspondence or published content.

According to Radio Free Europe, the latest additions to the list in Russia currently label as many as 35 individuals as “foreign agents”, while an additional 36 media organizations have been declared “foreign agents”. In addition to the nine RFE / RL services and their media subsidiary in Russia, the Ministry of Justice has added VOA, Medusa, Rain TV, Mediazone, OVD-Info, and a number of other news agencies to its list of “foreign agents.”

A few days before the New Year holidays, OVD-Info, a Russian legal aid and human rights organization, announced that its website had been blocked by Roskomnadzor, the Russian Internet and media regulator, another classic attempt to censor the Russian internet space. 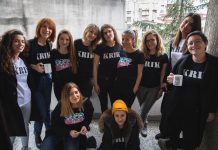 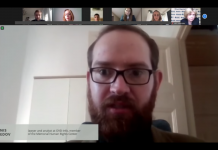