Meta.mk
Main Section Zaev: Four amendments to the Constitution, Ohrid Agreement will be added in... 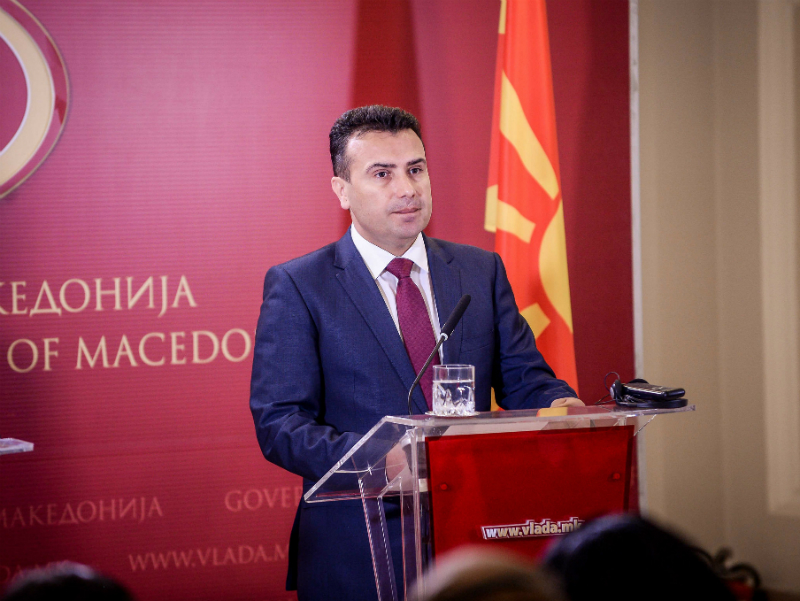 Through an inclusive and transparent process, the Government has drafted four draft amendments to amend the Constitution in accordance with the Prespa Agreement, announced Prime Minister Zoran Zaev at a the press conference in Government.

“The first amendment will be the replacement of the name Macedonia, with Northern Macedonia throughout the Constitution, except for Article 36, where there is a historical aspect. The second refers to the Preamble of the Constitution, where the decisions of ASNOM are replaced with the proclamation of the First ASNOM meeting and the Ohrid Framework Agreement is added to be a constitutive element of the state. In the third amendment, only one paragraph has been added, and that is that the Republic respects the sovereignty, territorial integrity and political independence of the neighbouring countries, which gives stronger guarantees of the durability and inviolability of the borders with Greece, although it applies to all neighbours. In the fourth amendment, in addition to confirming the Macedonian identity, it states that the Republic protects the rights and interests of its citizens home or abroad, and promotes their ties to the homeland,” said Zaev.

Answering a journalist’s question as to why he changed the decision for the Ohrid Framework Agreement to be part of the Constitution, the prime minister said that after a debate with MPs, he decided since the Constitution was already being opened, that the important document should be added, which has already been incorporated into the Constitution.

When asked what was disputed with ASNOM to change this in the Constitution, Zaev said that now the Constitution will refer to the announcement of ASNOM, instead of the decisions of ASNOM because, if the change is not made, it would cause certain problems in certain points in the future of the cooperation between Macedonia and Greece.

“This is because part of the decisions from ASNOM say “Macedonians from Greece and Bulgaria are united”. That is not friendship. The proclamation does not have that part and we refer to it because it talks about the unity in the country, democracy for statehood, freedom and human rights, and that is a fair approach to building friendship,” Zaev said.

The prime minister said that academic experts assessed that the draft amendments were in accordance with international law, adding that the full text would be announced and appealed for the process to continue with the same inclusive dialogue.