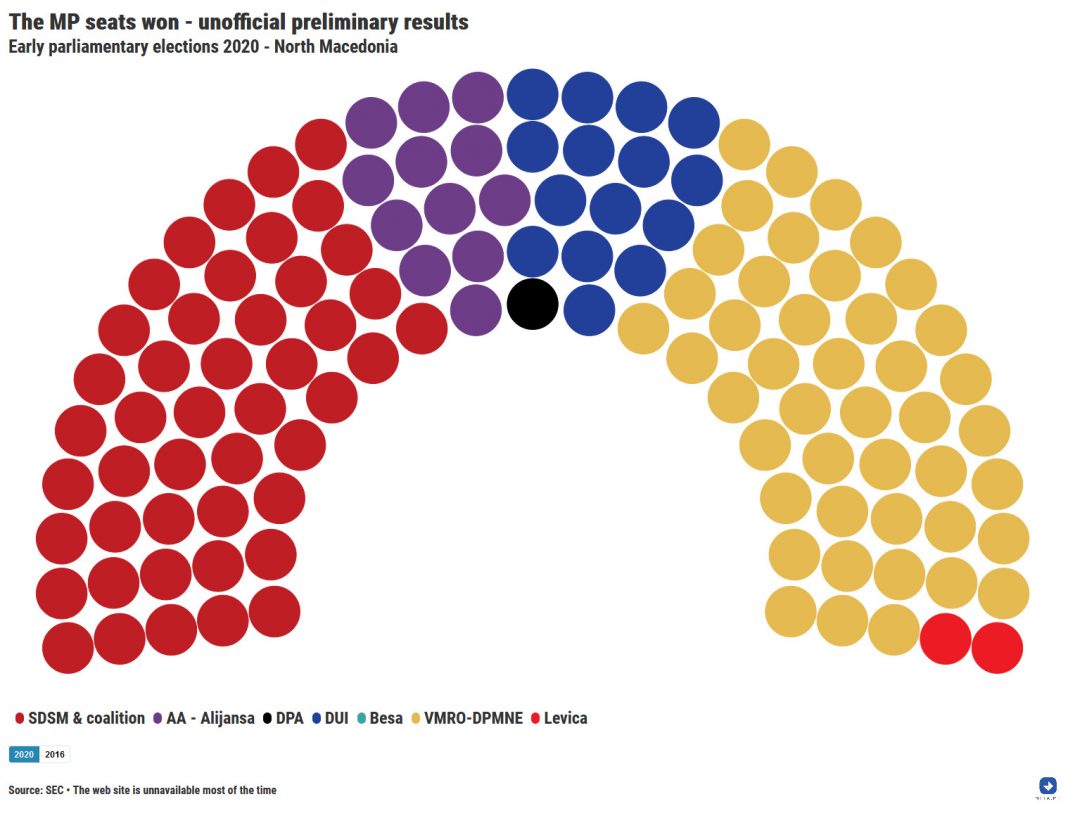 According to unofficial results by the State Election Commission (SEC), in the early parliamentary elections that took place yesterday, the “Mozheme” (We Can) coalition, led by SDSM and Besa won 46 MP seats in the parliament of North Macedonia and is followed by the opposition coalition led by VMRO-DPMNE, which won 44 MP seats. DUI won 15 seats, the Alliance of Albanians and Alternative have 12 seats, Levica has 2, and DPA one seat in the new Parliament.

The latest results still can’t be seen on SEC’s website, albeit they are sometimes available on the mobile version. Soon after the polling stations were closed yesterday, SEC website went down and is still not functional.