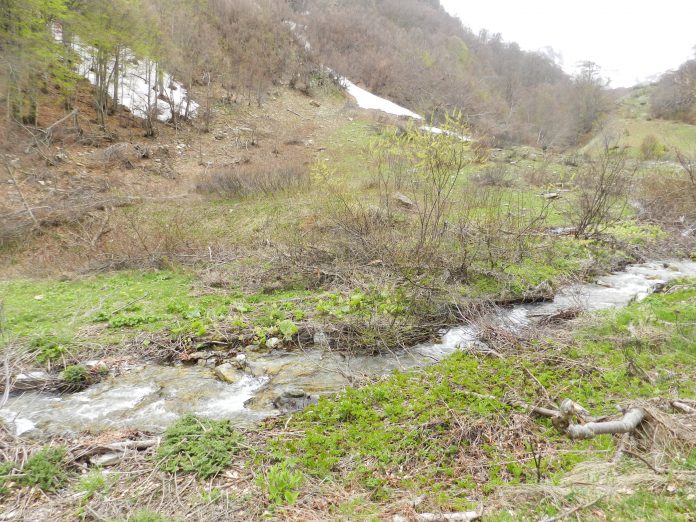 The Government annulled the concession procedure for the hydro power plant (HPP) Zhirovnica 3 at the Mavrovo National Park. It was one of three concessions that were withdrawn at yesterday’s session, when the Government also granted 18 concessions for the construction of other small hydroelectric plants in the country.

-On January 25th, the NGO Front 21/42 filed a request for annulment of the public call, citing breach of the national and international law and conflict with the provisions about the protected zone of the National Park “Mavrovo” – Aleksandra Bujarovska from “Front 21/42” says.

She determined that from May 2015 “Front 21/42” has lead a legal battle against two other small hydroelectric power plants, i.e. “ MHPP Zirovnica No.5” and  “MHPP Zirovnica No. 6”, whose investor is the consortium comprised of “Ferro invest” and “Hydrogen Energy Group”. The legal battle is due to the recorded omissions and violations in the environmental studies, water law permits and building permits. The omission is also recorded in the concession contracts that were it had to be terminated due to failure to fulfil an essential obligation – of the investor to complete the project and to generate electricity within 3 years from the signing of the contract. Despite the violation of this essential condition of the agreement, the Government decided in 2018  to sign an annex to the contracts, which extended the deadline for the implementation of the projects by January 2020.

– We will not allow the construction of the hydro power plant in Zhirovnica and, if necessary, we will defend the lake with our lives – this is the attitude of the locals from the village of Zirovnica, after the announcement that the investor “Hydrogen Energy Group” will begin construction of two small hydroelectric power plants, Zhirovnica 5 and 6, which shall be located above the water caps from which the village with 1500 inhabitants gets its water.

The problem is even greater because of the location of the two hydroelectric power plants which are located in a strict protection zone within the Mavrovo National Park, part of which is the picturesque area of Zhirovnica.

-At the moment the process for construction of the objects is halted by State Environmental Inspectorate because of the failure to comply with the quotations specified in the annex to the concession agreement – says Anes Ahmeti, president of the local Municipal Council.

He clarified this statement by explaining that there were great inaccuracies in the documentation available to the investor and the actual situation on the ground. However, Ahmeti adds that even if mistakes are corrected, the local population will not accept the continuation of the construction of hydroelectric power plants, because, he says, no one can guarantee that the village will have enough drinking water.

The inhabitants of this region are also concerned that the construction work of the two hydroelectric power plants will cause grave and irreversible damage to the natural ambiance of this part of the Mavrovo National Park.

-We have beautiful clean nature and clean rivers, that we do not want destroyed – said Daut Jashari, a resident of Zirovnica.

The Ministry of Environment and Physical Planning, which issues concessions for small hydro-power plants, claims that before the start of the procedure for granting concession for the use of the river for electricity generation, it determines whether the locations for small hydroelectric power plants are in protected areas and, if so, which protection zone they are located in.

– In accordance with the national legislation and international conventions, the granting of concessions and the construction of small hydro power plants will be carried out in areas where it is allowed, that is, zones of sustainable use – said  Melita Gocevska from the Department of Waters Water Sector at the MEPP.

“Meta” asked for an explanation from the owner of “Hydrogen Energy Group”, Predrag Chemerikic, but until the publication of this article, we did not receive a response.

According to Bujarovska from “Front 21/42”, the problem lies in the fact that, although the oldest,  the process of the re-proclamation of NP Mavrovo  is not finished yet, precisely, the zoning of the park, i.e., where construction works will be allowed and where not. Contradictory legal provisions in the existing Law on Nature Protection are used as justification for infrastructure projects designed to exploit the natural potentials but endanger protected areas, animal and plant life in Mavrovo National Park.