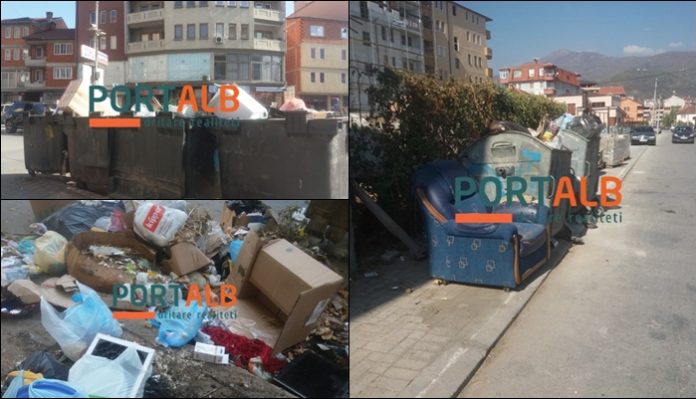 In October last year, the municipality of Tetovo promised that in 2019 they will be acquiring 200 new garbage cans that will be placed all over the city. The municipality has confirmed for Portalb.mk that it has purchased 150 waste containers financed from European funding.

However, the municipality still hasn’t shown any document for the cans and the garbage truck.

“Municipality of Tetovo was one of the receivers of the IPA grant with the project “Purchase of a special garbage truck and garbage cans” signed on the 3rd of October 2018 with an IPA Grant Agreement No. MSIP/IPA/ 65 between Republic of North Macedonia represented by the Ministry of Finance and the municipality of Tetovo as the final beneficiary of the grant”.

Most of the garbage cans in Tetovo have no lids, and they spread a bad odor. Since the garbage cans aren’t being cleaned and they aren’t well looked after they quickly get overstuffed. The condition is getting worse as well due to the fact that the waste that is thrown in the cans is not selected so they are full of different materials.