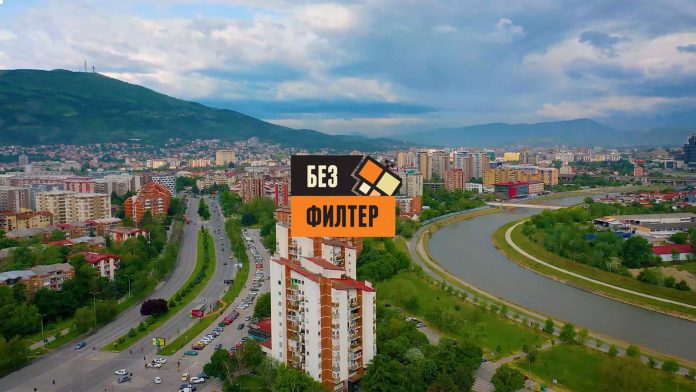 It is in the fourth category of bacteriological pollution, while in terms of chemical pollution it might easily stand between the fourth and fifth category. These are the sad results of the examinations of the quality of the water in Vardar River in the Skopje region in North Macedonia, that were conducted by Dr. Ljupco Kostadinovski, a specialist in hygiene and human health ecology at the Center for Public Health – Skopje. Each year, this Center is taking 70 samples from the water of rivers Vardar, Treska, Lepenec, and Pchinja in order to examine the quality of surface waters.

“The water is very polluted. I can prove it with facts that even at the Matka Dam, the Treska River before entering Skopje is in the fourth category of pollution,” Dr. Kostadinovski told Meta.mk.

He stresses that the most аffected area concerning the pollution of Vardar is the area starting from the former Skopje Fair towards OHIS chemical industry complex and Trubarevo village. The raw wastewater from households and companies in the capital is being discharged in this area, but there are also other polluters who see the river as a dump site which can accept any refuse and discharge.

Anyone can discharge waste and fecal waters, whenever and wherever

Meta.mk’s team joined Dr. Ljupco Kostadinovski and went to check Vardar River at the villages of Trubarevo, Yurumleri, and Gorno Lisice. It is hard to find adequate words for the filthiness we witnessed in these locations. We went unannounced and saw two tractors with storage tanks on different locations as they were discharging fecal waters from septic tanks directly into the river.

From the conversation we had with one of the drivers at Trubarevo, we got the impression that the discharge of feces into the Vardar is something that has been happening every day in this area in Skopje. But this isn’t only happening in Trubarevo. The Macedonian capital is the only capital in Europe that hasn’t built a wastewater treatment plant. Instead of tractors, the sewer network in the municipalities of Karposh, Centar and other, is discharging the raw wastewater directly into the river.

However, on this trip, we saw the complete picture of the pollution. There are countless small-scale and large scale illegal waste dumps located close to the river. From animal corpses, construction waste, organic waste, TV and computer parts, and cloths to dark green pools with sharp smell and mosquitoes flying around them. This is a real environmental bomb and it’s only a matter of time before these hazards cause adverse effects upon the population’s health.

Due to the current situation, the Center for Public Health – Skopje appeals the citizens to avoid using the water from the rivers Vardar, Treska, and Pchinja in the Skopje region for any need, including bathing, watering agricultural land, fishing, and using drinking water wells that are located in close proximity to the rivers.

“It should be stressed that certain people have drinking water wells along the riverbank of these rivers. These wells are unsafe,” Dr. Kostadinovski points out.

Despite the numerous appeals, at Skopje markets, one can purchase garlic, onions, spinach, lettuce and other produce grown in the suburban areas. Parts of the municipalities of Saraj, Gjorche Petrov, and the whole subregion of Skopsko Pole are traditionally working in agriculture, and it can be seen directly that some of the agricultural fields are watered directly from the rivers.

“Any watering of agricultural products is banned regardless if it is onions, garlic, cabbage, tomatoes, or anything else. By watering with polluted water the stem and the yield can only get polluted, despite what everyone talks about the products’ organic origins,” Dr. Kostadinovski explains.

Apart from the Center for Public Health – Skopje, a fight for the prevention of river pollution is waged by civic activists and environmentalists. In the past few months, the O2 Initiative sounded the alarm about the pollution in the Vardar River. The last time, they publicly announced on Facebook that the citizens have noticed a discharge of a liquid with yellow-reddish color in the morning of the 9th of April.

“Unfortunately, we only find out about these incidents only when photographs appear on social networks with visible signs of pollution and testimonials by citizens,” says Nevena Georgievska, a representative of the O2 Initiative.

She stresses that in a period of eight months, there were two cases with visible signs of pollution in Vardar River. In the first case, dated September 2019, the perpetrator was located, but the question remains whether the perpetrator’s fine in the amount of 100.000 EUR was collected. Georgievska reminds thath although there are citizens who sound the alarm about the pollution of the rivers, the institutions are completely dysfunctional due to ambiguities in the laws and the illogical interpretations.

For example, she points at the changes of the Law on Inspection Control, which stipulate that the inspectors have to announce beforehand their visits.

“A law was adopted which reduced the fines by 75% and as a consequence, the whole attitude of the institutions towards the pollution is literally aimed at protecting the perpetrator”, Georgievska objects.

Even Ljupco Kostadinovski of the Center for Public Health-Skopje said that the Center has small to almost non-existent cooperation with the municipalities and communal inspectors, and they should be having meetings at least once or twice a year. He said it is never too late for measures to be taken in order to improve the quality of surface waters.

“I wish at least once we could tell the general public that the water quality improved, Dr. Kostadinovski exclaims.

In order to become part of the EU, North Macedonia will have to process all of its wastewater

Petko Pelivanoski, Ph.D., is a professor at the Department of Water Supply, Sewage and Irrigation of the Faculty of Civil Engineering at the Ss. Cyrill and Methodius University in Skopje. He says that in 1991, the European Commission adopted a Council Directive concerning urbane wastewater treatment (91/271 EEC), and in Article 5 a timeframe was set for the necessity of building wastewater treatment plants in heavily populated areas in the EU member countries.

“The time frame urges all EU members at the time, no later than December 2008 to build wastewater treatment plants for urban areas with more than 15.000 people,” Prof. Pelivanovski explains.

Since North Macedonia strives to become an EU member country, there is need to build wastewater treatment plants not only in Skopje, but in other cities in Macedonia, as well. In the last several years, such infrastructural facilities were built in Kumanovo, Berovo, Strumica, Radovish, Kichevo, Gevgelija, Prilep, and Kochani. Still, in several largest municipalities such as Skopje, Tetovo, Gostivar, Bitola, Shtip, Veles, and Kavadarci, the wastewater processing plants are yet to be built.

The data provided by the State Statistics Bureau show that in North Macedonia 72.2% out of the total quantities of produced wastewater in 2018 was discharged untreated into the underground and surface waters. In 2018, an increase in the scope of treatment of wastewaters was evident which quantities had reached 30.783.000 square meters.

However, in 2018, a quantity of 80.0338.000 square meters of wastewater was discharged unfiltered into the rivers and underground. If one greywater truck tank has a capacity of 6 or 12 square meters of wastewater, it turns out that annually, on average, we discharge more than 6.6 million such truck tanks with unfiltered wastewater into our rivers, reservoirs and underground waters! This data very clearly shows the reason why it is urgent to invest in wastewater treatment plants.

Profesor Pelivanoski points out that these wastewater treatment plants are complex systems, for which building, major capital investments will be required including higher operative expenditures with the system’s use. He stresses that on the world market a wide range of more or less accepted technologies is present and we should be very careful about their acceptance and implementation.

“There is a serious need of applying more established technologies that offer safe and stable managing, that will not produce higher operative expenditures, technologies that will provide a guarantee for achieving the necessary quality of effluent in accordance with the European directive for urban wastewaters,” professor Petko Pelivanoski stresses

At the end of last year, the Government secured assets necessary for building a wastewater treatment plant in Skopje. The project is worth 136 million EUR and will be financed with a loan from the European Bank for Reconstruction and Development and the European Investment Bank complemented by investment grants in the amount of 11 million EUR provided by both banks. This major capacity shall be built in proximity to the village of Trubarevo, and all wastewater will be diverted to this location from all over Skopje through two collectors that at the moment are being built.

The Ministry of Environment and Physical Planning informed Meta.mk that a call has already been published for a tender for supervising the building of the wastewater treatment plant and at this moment, the evaluation of received offers is in its final phase. During the summer, a procedure will be announced for pre-qualification of a selection of the best bidder for the building of the capital object that is going to be filtering the feces of over half a million citizens in Skopje. An investor of this project is Public enterprise (PE)  “Vodovod i kanalizacija – Skopje” (Waterworks and sewage – Skopje).

“The start of the construction is planned for the endd of 2021, in accordance with the Geasibility study, and the planned dynamics for the building of the plant is 5 years”,  “Waterworks and Sewage – Skopje” informs.

After it’s finished in 2026, the wastewater treatment plant will be treating wastewater from 9 out of 10 municipalities in Skopje. The treated water will be discharged into the Vardar River and this process will improve the quality of its water, upgrading it to the second category. This way, the flora and the fauna in and along the Vardar River will be protected, the agricultural areas would be watered from the river, while the fish would be safe to eat. By treating the wastewater, it can be expected that the authorities would allow swimming and various sports activities.

Without education and fines, the wastewater treatment plants will be a waste of time

However, the experts warn that we are still far from this ideal situation. Dr. Ljupco Kostadinovski appeals to raising people’s awareness about the rivers’ significance. The municipalities will have to work more with the citizens, to educate them not to dump waste into the rivers and along the river banks, while wastewater mustn’t be discharged into the rivers untreated.

“Even if we construct five treatment plants for Skopje, it will have enormous financial impact but if the people’s awareness isn’t raised on a necessary level, it would be sheer waste of money,” Dr. Kostadinovski argues.

Both he and activist Nevena Georgievska demand that the municipalities and the state, through its inspectors and competent institutions, perform their duties by controlling and fining reckless citizens and companies.

“The point is not to repeat the whole time when we say that the water is polluted and it mustn’t be used, but there have to be rules and penalties that must be implemented. We have that in theory, but not in practice,” Dr. Ljupco Kostadinovski concludes. 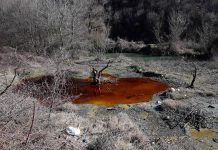