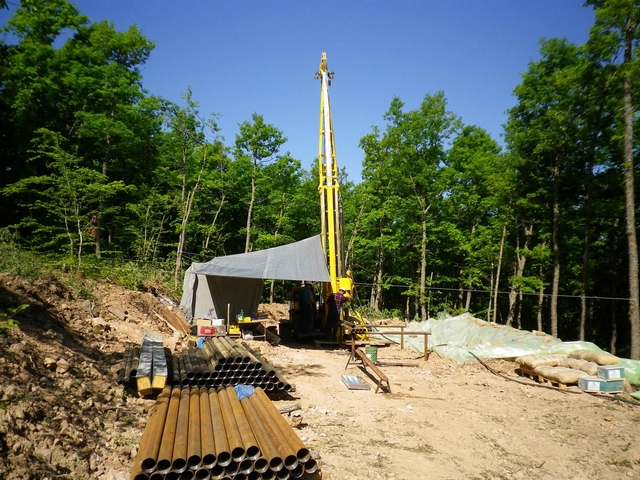 Concerning the Government’s unilateral termination of the Agreement for a mining concession at Ilovica, Euromax Resources see this as a political decision which is contrary to government’s official announcements that were published in several past few days and they are waiting for the Administrative Court to pass a decision regarding this issue.

“This is a political decision that completely contradicts recent official public statements made by the Government – as recently as in the last few days – that they would wait for the Administrative Court to rule on the matter. That the matter can be decided on by the administration whilst it is being considered by the judiciary seriously questions the Rule of Law in North Macedonia. On 1st October Euromax Resources stated that the option of International Arbitration remained open and will be pursued as appropriate. We can now confirm that Euromax has appointed renowned and prestigious international law firm LANSKY, GANZGER & Partner to prepare for that outcome. In addition to our strong legal position within North Macedonia, we are reassured that Euromax has a strong case for international investor protection, and the Government of North Macedonia should be certain that the company is ready to exhaust all domestic and international legal remedies.“, се вели во соопштението на компанијата.

“This is deeply disappointing. As the largest foreign direct investment partner in North Macedonia the company currently has been treated more than shabbily under this Government. In the last five years we have invested millions of euros in the country preparing to build the project. Earlier this year the European Commission raised concerns about the Rule of Law in North Macedonia. It is clear that the difficulty we are having is evidence of that, and it is no surprise that international partners are concerned about what is going on in Skopje. This will send a chill down the spine of anyone who is seriously thinking about investing in the country. Whilst there is a legal remedy to all this – and we are very strong in our legal position – this path only results in needless delay and inaction, preventing us from delivering much needed jobs and investment. We have been working with the local community for a number of years. Sadly, it is they who lose out most by this Government decision.” said Gokool.

Commenting, Dr. Gabriel Lansky, Managing Partner of LANSKY, GANZGER & Partner said that they are convinced that Euromax has a very strong case.

“Therefore, we are instructed and ready to exhaust all existing domestic and international legal remedies” said Lansi

The decision concerns the Company’s Ilovica 6 concession and the Ilovica 11 concession remains unaffected.