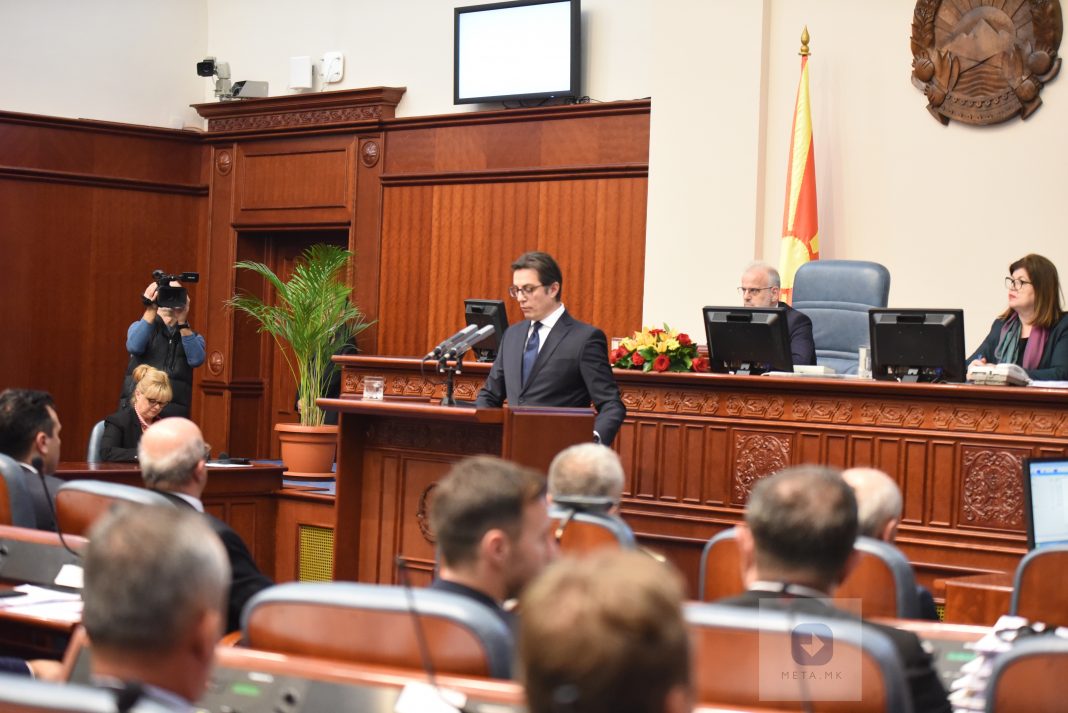 ПPresident Stevo Pendarovski in his first annual addressing at the parliament stressed that it is extremely important to organize fair and democratic elections this spring.

“The forthcoming parliamentary elections, simply cannot be under the level of the presidential elections according to two essential components: firstly, the democratic ambiance with free media and employees in the administration freed from pressures and secondly, a political rhetorics and culture that respects the opponent and congratulates the victory at the end of the election day,” said Pendarovski.

He stressed that his main goal was and still remains, to be independent and to be a president to all and not a party servant and apologet to some transitional oligarch. He sees in front of him a lot of work since the divisions among the citizens are still deep.

In his speech, among others issues, he addressed the Law on Languages that according to the Venice Commission that unfortunately ” according to old and bad habits was read only through the prism of politics and ethnic dioptre.”

As the worst indicator of the bad condition of the legal system in Macedonia the president indicated the case of Racket where among the accused of heavy crimes was the head of the institution that was formed with only one goal – to pursue criminals.

In his addressing, the president stressed the serious danger for our presence and future, and that is the pollution of the living environment. He suggested that this issue be put separately from daily politics and state strategy that is devoid of any party influence to be made in order to alleviate the negative effects of the pollution that is affecting the nation’s potentials.

The president has called upon all relevant political subjects to get together and make a strategy that is above any political party at least to alleviate the consequences of the hardships that our nation is going through with the emigration.