Organic food production in North Macedonia is constantly decreasing, although the demand for organic products is growing from year to year. According to the data of the State Statistical Office, in the last decade, the areas dedicated for organic production have been steadily decreasing. Not once have they surpassed one percent of the overall agricultural area in the country, although the projections of the National Organic Agriculture Plan projected at least 4% by 2020.

Despite the belief that North Macedonia is an agricultural country with ecologicaly clean regions and excellent organic production opportunities, only 4,277 hectares were planted with organic food last year, which is only 0.34 percent of the overall agricultural land. The situation was similar in the previous years as well – in 2020, the number was 3,957 while in 2019, 4,207 hectares. In the last ten years, the largest area planted with organic products was recorded in 2011 – 6,581 hectares, while the least was in 2014 – 2,359 hectares.

The Ministry of Agriculture does not specify why this projection wasn’t realized, but it stresses the fact that the competitiveness of organic production improved in the meantime.

“A separate study of the areas certified for organic production per year has not been published. The statistical data indicates that the areas certified for organic production have somewhat diminished, while the number of farmers is growing. Such a trend is an indication that the competitiveness of organically grown products is improving”, confirmed representatives from the Ministry.

The Ministry emphasized that the National Programme for Agriculture and Rural Development 2018-2022 has projected higher financial assistance for organic production than that for conventional agriculture. Last year, organic producers received 30 percent higher subsidies for fodder crops, 50 percent for agricultural crops, cattle-breeding and beekeeping products, 70 percent for fruit-growing and viticulture and 100 percent higher subsidies for gardening. In addition, 50 percent of the organic production certification costs were covered, as well as 70 percent of the costs for performed agrochemical, pedological or analysis of pesticide residues, heavy metals or any other substances in the soil or in organic products.

According to the statistical data, the number of organic producers has been growing in the last five years. Last year, 929 farmers produced organic food. Nevertheless, although the natural conditions in the country are excellent, these producers cultivated less and less land. Obviously, the subsidies alone are not enough for improving the attractiveness of such production which demands ongoing training and technological application. Therefore, young people must be motivated with other means to become farmers.

The benefits of increasing the total area for organic production would be multiple – not only by opening opportunities for greater competitiveness of national production on foreign markets, but also by decreasing the use of chemical substances thereby improving the protection of the soil and waters from pollution.

Professor Rukie Agich from the Agricultural Faculty believes that successful organic production demands educated and coordinated young people, since farmers must have a great deal of knowledge and good skills that cannot always be secured on their own.

“It is not easy to obtain a final organic product without previous training. Young farmers in our country do not always have all information. The conversion and certification process is long and scary for the future organic producers and therefore they must always have access to the latest developments and accessible technology, including the admissible bio-products for this kind of production”, said Agich.

She stressed that training for this area is already available in the educational system. The link with the farmers however must be sustained enabling them to access the information required in a quick and simple manner.
Upon the proposal of the Ministry of Education and Science, the Government adopted a decision to introduce new incentives in the form of stipends for students enrolled in study programmes in the area of agricultural, veterinary and forestry sciences amounting up to MKD18,000 a month, for the duration of nine months in the course of one academic year.

According to Agich, apart from training, promotion and sales of organic products are key, because the greatest demand comes from the bigger cities, while the largest production originates from rural environments. In the last few years, in our country and in the World, the demand for organic products is constantly increasing, especially the demand for fresh vegetables and fruits.

“Bearing in mind the demand, organic production must undoubtedly increase. Conventional production will also change, especially regarding the use of pesticides for which the European Commission has developed an Action Plan promising to decrease their use by 50 percent until 2030”, said Agich.

For the purpose of increasing food production, the Minister of Agriculture, Ljupco Nikolovski, recently announced that the amendments of the Law on Agricultural Land will provide for a novelty thereby enabling the State to lease private agricultural plots that have not been cultivated for a longer period. The goal is to achieve more than 90,000 hectares of the whole country producing food instead of selling and transforming the plots into constructional land. 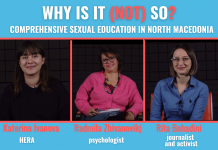