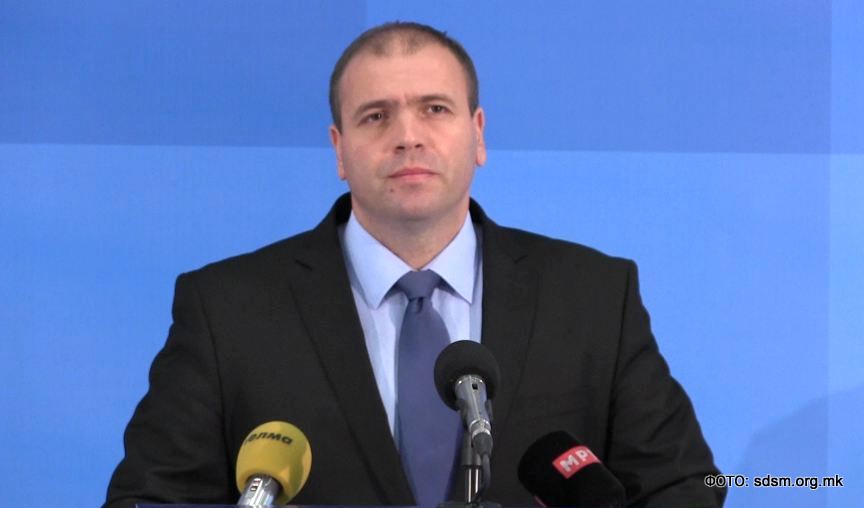 The silence of Minister of Defense Zoran Jolevski and Chief of General Staff Gorancho Kotevski, as well as Prime Minister Nikola Gruevski, regarding the gruesome murder that happened yesterday in Zletovo is unacceptable, the opposition accuses.

– We demand Jolevski and Kotevski to immediately submit their irrevocable resignations. The two families of victims and the family of the professional soldier are grieving. MOD and HQ rushed to give a statement to claim that the soldier killer was psychophysically sound, thus becoming a part in evasion of responsibility for the case – says Maksim Dimitrievski, Chairman of the Defense Committee of SDSM.

Dimitrievski says that the professional soldier had family issues. The family repeatedly reported him to the police for physical violence. Also, criminal charges were raised against him. His condition was public knowledge, but, regardless, the soldier was appointed to perform major tasks and was allowed to carry an official weapon and ammunition.

– The professional soldier committed the murders during his work hours. He managed to leave the outpost and everything that happened then points to the fact that his absence wasn’t promptly registered. All of this indicates that the system of control failed, but not only the health service, which granted approval for the soldier to stand guard, but the other services as well. There is unprofessionalism in working procedures according to the rules of the services within ARM – accuses Dimitrievski.