Meta.mk
Main Section The referendum failed, but Zhernovski won’t give up GTC

The referendum in the Municipality of Centar on the appearance City Trade Center has failed. According to Mayor Andrej Zhernovski’s data, about 40 percent of the 43,560 registered voters exercised their right to vote, which is 10 percent less than the necessary requirement for the success of the referendum.

At tonight’s press conference, Zhernovski thanked residents of Centar who came out to the referendum and voted to save the GTC and added that the fight continues because this is the biggest victory of the municipality.

The mayor said that during the day there again was pressure on citizens, but that 95 percent of the voters voted against baroque solution for GTC.

– More than 95 percent of those who came out on the referendum voted to preserve the authenticity of GTC. This means that no government can touch GTC – Zhernovski said, adding that this is the first step towards restoring power to the voters.

“Most” reports several irregularities during the vote, as well as some pressure on citizens not to go to vote.

“Although there wasn’t a public campaigned for boycotting the referendum, considering the importance of voters’ turnout for the success of the referendum, there were reports that voters are pressured not to go to the polls, and destruction of the propaganda material was also established,” reads the statement of “Most”, stating that at the end of the day were observed persons who were registering voters.

Civic Association also says that the problems with the voters’ list cast a shadow on the regularity of the referendum.

“The fact that the voters’ list has not yet been checked and cleared, as well as the fact that in the Municipality of Centar there are addresses on which dozens of voters are registered, can leave room for some level of doubt in the results for the response of the citizens,” reads the statement.

Social networks are full of messages of disappointment with the failure of the referendum. 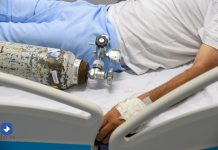 From attending classes on a pedal boat to playing video games...