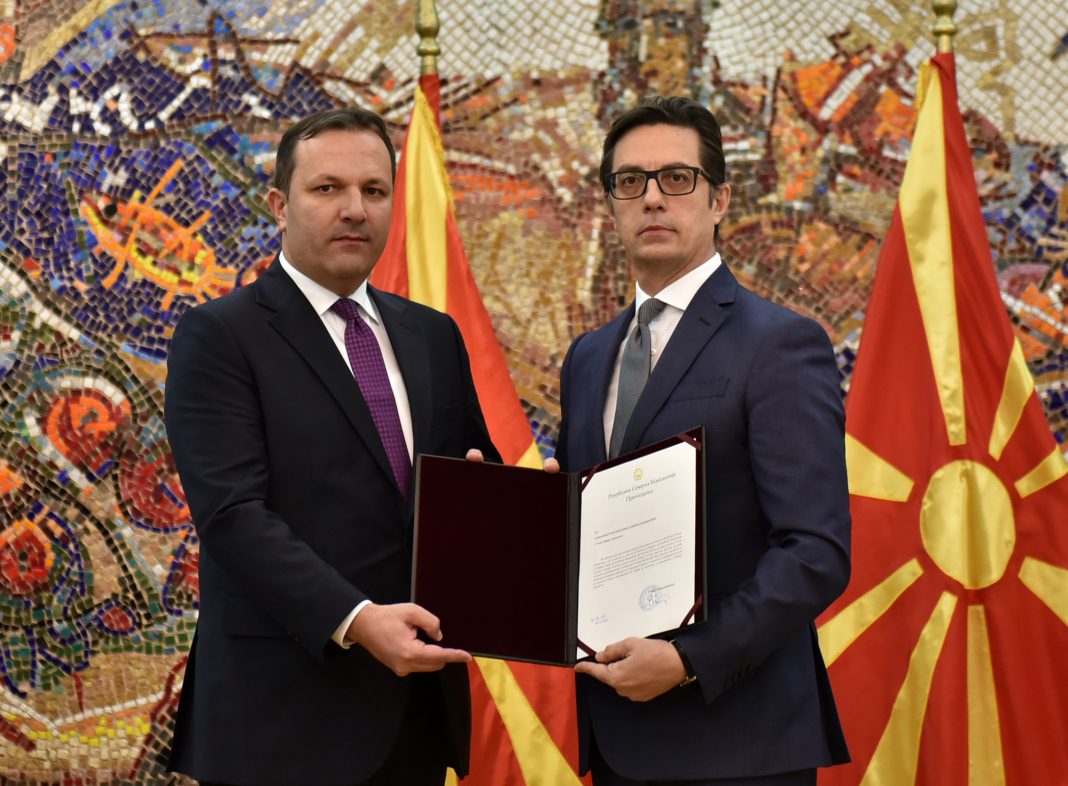 This afternoon, at the presidential villa, President Stevo Pendarovski handed over the mandate for interim government to Oliver Spasovski.

After the session at the Parliament is over for the election of the interim government which will carry out the parliamentary elections, Pendarovski will receive the Government’s new personnel.

The Parliamentary session for the election of the new government should take place no later than midnight.

In the interim government cabinet that he will be presiding with until the formation of the new government after the elections on the 12th of April, apart from the Minister of Interior, the opposition will propose a Minister of Labor, Social Policy including deputy ministers of finance, information society and administration, and agriculture, while the ruling party will have deputies in the Ministry of Interior and the Ministry of Labor and Social Policy.