– A compromise can be reached for anything, but for disobeying the Constitution there can be no compromises. If the opposition thinks their minor party interests are more important that the country’s future, then they are lying to each other – said Spasovski.

The reason for the proposal for minister Mizrahi’s dismissal was her refusal to put the table with the country’s new constitutional name during the press conferences that are taking place at the Ministry of Labor and Welfare.

The Minister of Foreign Affairs Nikola Dimtriov has already indicated about the received verbal note from Greece because of the use of the board by the Ministry with the old name Republic of Macedonia on it. Due to the fact this is a state institution, with the use of an old board, the Prespa Agreement is disobeyed on part of this ministry. 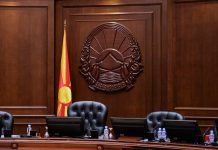 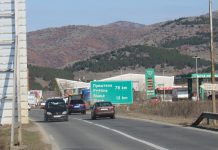