The trial against former intelligence officers, Goran Grujovski and Nikola Boshkovski, which was meant to take place today in a Thessaloniki court, was postponed until December 1st, reported “Televizija 24”.

The hearing was postponed because the court did not have a translator.

Macedonian authorities issued international warrants for Grujovski and Boskovski, following the indictment by the Special Prosecutor’s Office for illegal wiretapping and for the destruction of the wiretapping systems, cases known under the code names “Fortress”, “Target” and “Fortress 2”. They were both arrested last week at the airport in Thessaloniki, when they attempted to board a plane to Budapest with fake Bulgarian passports.

On the false passports, Grujovski and Boskovski had false identities, they were traveling under the names Hristo Atanasov and Nedzbi Hasan.

On Friday, the Macedonian Ministry of Justice ordered Basic Court Skopje 1 to prepare the documentation for the extradition of Grujovski and Boskovski. 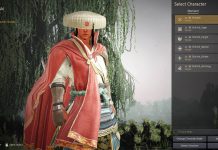