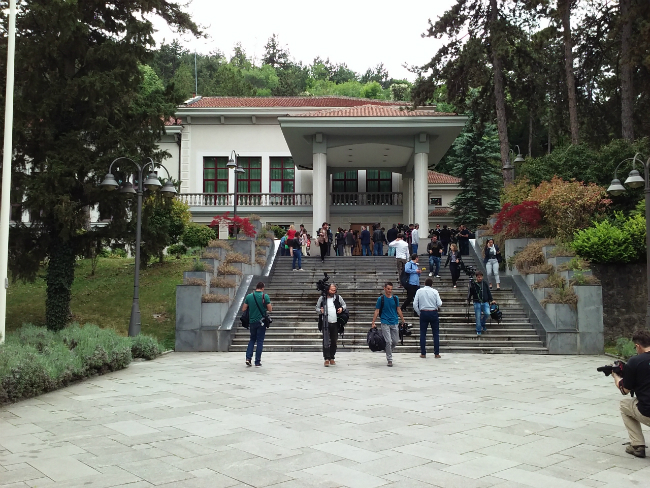 In the Republic of Macedonia, in April, this year, the sixth presidential elections are set to be held. The presidential election, as envisaged by the Constitution of the Republic of Macedonia, should be announced 60 days before the end of the mandate of the current head of state. The incumbent President Gjorge Ivanov’s second five-year term expires on May 12th.

Although no political party has ever come out with a presidential candidate, some politicians have shown interest in joining the race for the position of “father of the state” with frequent appearances in the public and in the media.

In his last statement, Prime Minister Zoran Zaev pointed out that around ten names are up as candidates for the presidential election of his party SDSM and announced that the party and its highest bodies will deliberate and close the issue this weekend.

The government’s coalition partner, the DUI party, holds the view that Macedonia needs a consensus candidate for president that will be acceptable to all citizens of any ethnicity, with identical strategic interests of the majority of the citizens of Macedonia. The party said that such a candidate is Professor Denko Malevski who is also acceptable to SDSM.

Opposition VMRO-DPMNE has issued a public advertisment for applications for presidential election, which will be open until January 31. The presidential candidate will be elected by 550 delegates at the VMRO-DPMNE convention by secret ballot. The candidate who receives the most votes from all candidates, but not less than 1/3 of the total number of delegates, shall be considered.

VMRO-DPMNE MP Vlatko Gjorcev first announced that he will be running for his party for the election of their candidate for president. Possible candidates of VMRO-DPMNE, besides Gjorchev, are ex-MPs as well as ministers.

The presidential term lasts for five years. For the President of the Republic, the same person can be elected two times the most.

The President must be a citizen of the Republic of Macedonia, at least 40 years of age at the time of the elections. The Constitution stipulates that a candidate for President of the Republic can be proposed by at least 10,000 voters or at least 30 MPs.

The election campaign of the candidates for president of the Republic of Macedonia begins 20 days before Election Day.