Meta.mk
MKD There is enough wind, but it is not adequately exploited for production...
Facebook
Twitter
WhatsApp
Linkedin
Email
Viber

The wind energy is still under-exploited for electricity production in North Macedonia, although the country has great geographical potential, as feasibility studies have identified 15-some eligible locations for wind turbine farms.

Although the production of energy from renewable source and the phasing out of coal as energy source has become the buzz, only one wind farm was erected in North Macedonia – the Bogdanci wind farm which has been producing clean electricity since 2014.

It was a €56 million investment with projected production of 137 gigawatt hours of electricity per annum.

The second wind turbine farm, which should be built near the village of Miravci, will provide additional 127 gigawatt hours each year.

This project is part of the Investment Plan 2018-2022 of “Power Plants of North Macedonia” (ESM).

ESM informed us that the preparation phase for the Miravci wind turbine farm is underway and that its impact on the environment will be scrutinized at least a year before the start of the construction works.

The NGO “Eko-Svest” cautions that there should be total transparency concerning the plans about the Miravci wind farm and full engagement of the public into the project.

“There should be no construction of any infrastructure in the zones with unique, endangered, endemic bio systems and ecosystems. The whole process of wind farms construction must be totally transparent and must include the public even in the early stages of the project and close cooperation with the locals.

We think that as a country with 280 sunny days in the year, the usage of solar energy should be high priority for the government, not only with solar power plants, but also using the existing roofs for installing photovoltaic panels,” says Ana Cholovikj-Lehoska from “Eko-Svest”.

The Macedonian Ecological Society (MES) has informed in a letter the Ministry of Environment and Urban Planning (MEUP) and the municipalities of Demir Kapija and Gevgelija of the possible hazards this and other envisioned wind farms around the Demir Kapija Gorge will bring upon the bats and the birds of prey.

MES reminds that a foreign company filed a project in the MEUP about wind farm “Dren” and envisions four other.

MES says that according to the satellite tracking of 14 griffon vultures from the Kresna Gorge in Bulgaria, part of this population often use this area during their migration towards Kozhuf Mountain.

“Unfortunately, we have no grasp on how “our” birds from the Demir Kapija Gorge and Lake Tikvesh use this space. That is why we heed the authorities to require monitoring studies before issuing the deed for accepting the Study for environmental impact, and not as in the case of “Dren”, to conduct pre-construction monitoring after issuing the Deed,”, MES warns. 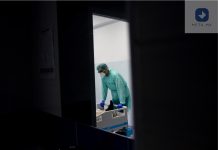