While the world is completely banning the single-use plastic and the plastic bags, in North Macedonia there are still debates whether to increase their prices in the supermarkets and if that can help to decrease the waste production. Civic organizations call the municipalities to account and say that even the best laws are in vain if the local self-government units do not take responsibility for their implementation.

The waste and its depositing has been one of the biggest dangers to the environment in North Macedonia for a very long time. This sector is one of the biggest producers of greenhouse gasses in this country and the reason lies in the decades-old inappropriate waste treatments, the dysfunctional selection system and the non-functioning of the circular economy. The long-awaited package of six laws on waste, out of which the Parliament adopted the last four just some time ago, still isn’t encouraging the environmentalists that these conditions will change quickly. They had plenty of objections during the process of adoption of the laws and they aren’t completely satisfied with the final texts of the laws. They said these were not adopted in a completely transparent manner and they are not expecting that the laws will be implemented thoroughly.

In reality, according to the latest national inventory of greenhouse gasses emissions in North Macedonia, the waste sector is one of the sectors with the most rapidly rising emissions. The reason for this is the fact that we don’t have any regional landfills with a recycling system and a system for waste selection on a national level is also missing.

What should be done with the policies and the laws on the waste sector, according to Eko svest (Eco Consciousness) Investigation Center, is the establishment of a system for waste selection of several fractions (plastic, glass, cans, paper) with the goal of decreasing the waste we are creating. This, according to them, must be done by the municipalities, since even if we have the best laws and policies at a central level, the local municipalities are those that will have to take greater responsibility in the process of appropriate implementation of these laws and policies, including appropriate education and informing of the citizens living in their municipalities.

“It really is a shame that in 2021, there are still talks only about the primary waste selection to wet and dry instead of several fractions and it is more shameful that these days the discussion among the citizens is the forthcoming rise of the costs for plastic bags. These bags have already been banned from use in many countries in order to protect the environment and the climate,” Eko svest says.

This subject is very complex one and only because of the inappropriate ways that we are dealing with waste of any type, it contributes to a great measure to the pollution of the air, water and soil, says the “O2 Inicijativa” (O2 Initiative). The civic activists of this organization have submitted numerous objections for part of the laws since July and because of their efforts, a permit for import of waste as raw material was withdrawn.

“The whole package of the laws was voluminous, and the general public wasn’t well acquainted with the changes. It takes time for all the changes to be analyzed, to be compared with what was before, to check the desired goals of some parts that are more technical and aren’t that clear. This is the reason why we wanted a public debate at the Parliament and all sides to take part in, in order to have better laws, without undefined parts that will leave room for manipulations,” said the O2 Initiative.

They are displeased with the situation that the dominating belief is that waste management is defined on paper, but there is no implementation and that is why they insisted on inclusion of a larger part of the expert public and the citizens and discussing the real situation in the field or the instances when when one or another institution declares itself as not competent.

They also state that the only good thing about this package of laws is that the amendments for banning the import of waste as reagent were accepted. It was implemented in 2019 as an amendment to the current law, upon the request of the civil sector. The environmentalists are asking why this amendment wasn’t included in the new law when their stance was well known. 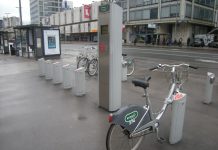 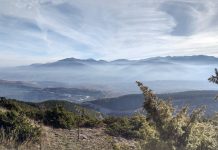