Meta.mk
MKD The term “Target” was stolen from Gruevski’s speech by the SPO 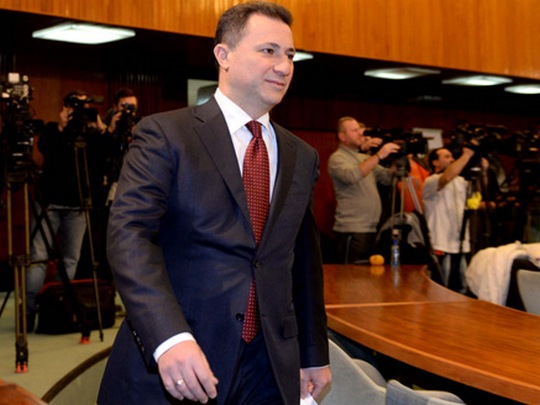 Codename “Target” of the latest investigation of the Special Prosecutor’s Office  (SPO), accidental or prophetic, in January last year was mentioned by the current leader of VMRO-DPMNE and the former Prime Minister, Nikola Gruevski, in regards to the illegal wiretapping.

In the speech Gruevski made on February 25, 2015, a month after the MOI announced the public case “Putsch” and filed criminal charges against Zoran Zaev, he noted that Macedonia was “the target of unlawful interception of communications by foreign services”.

Their main collaborator in the country, Gruevski said, was Zoran Verushevski who had developed his own agent network in Macedonia, and wiretapping was conducted on his order and carried out by former engineer at UBK , Zvonko Kostovski (convicted in the “Putsch” case). Also involved was an official of the Interior Ministry, Georgi Lazarevski (a suspect in the “Putsch”).

“… This information and other information that the institutions provided in the process, clearly indicate that the material was intended for outside sources who do not understand the Macedonian language and are not well informed enough to know the politics and other public figures in Macedonia … To summarize. Macedonia was the target of wiretapping from foreign intelligence services and were aided by their counterparts in Macedonia … “, stated Gruevski at the time.