Meta.mk
Main Section The Bundestag will decide in September regarding the approval for starting the... 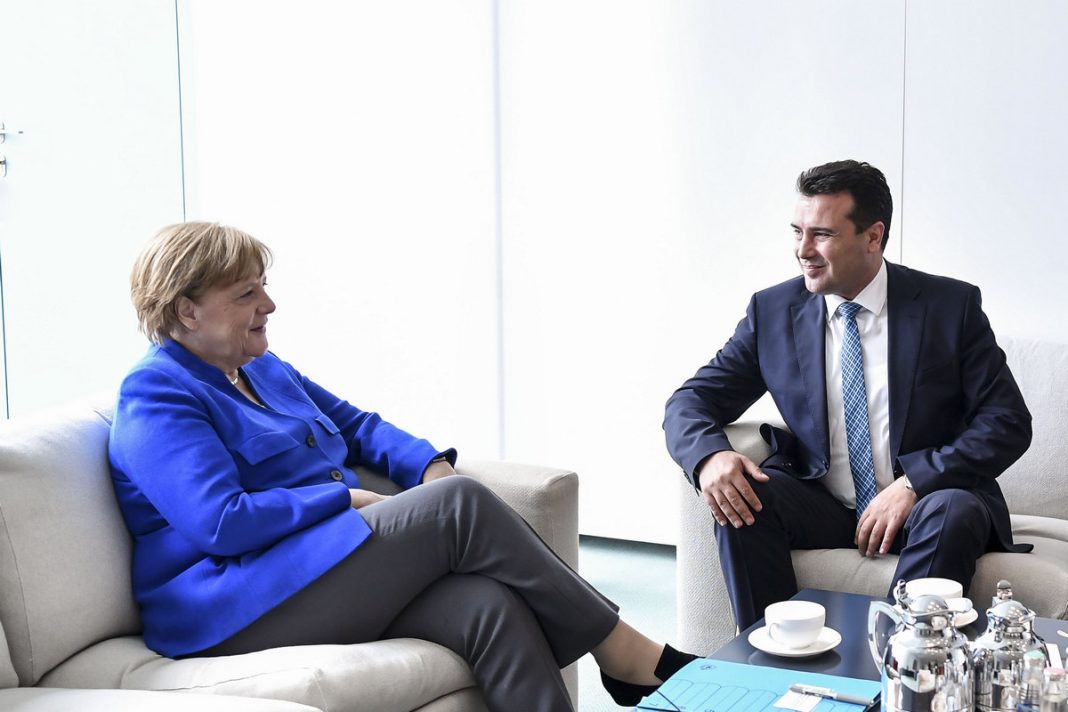 Chancellor Angela Merkel has informed that the Bundestag will make a decision in September regarding the approval for starting the negotiations between the EU and North Macedonia in accordance with Germany’s procedures concerning the EU’s expansion, informed the government about the meeting between Prime Minister Zoran Zaev, Deputy President for European Affairs and the Minister Nikola Dimitrov with Chancellor Angela Merkel.

“At the meeting, the chancellor stressed that North Macedonia has delivered what was expected of it and that she and Berlin her look upon it as very positive. Prime Minister Zaev has said during the meeting that the Republic of North Macedonia has complete confidence in Chancellor Merkel and that it supports her policy regarding the process of EU’s enlargement including her policy towards Western Balkans” informs the government.

During the meeting, Zaev has stressed that he is glad because Germany’s Ministry of Foreign Affairs has a positive opinion about our country regarding the starting of the negotiations and that all procedures and democratic processes will have to be obeyed and which in turn will allow the Bundestag to make a positive decision in September.

“The meeting between the delegation in Berlin confirmed that Germany, including other countries members, look upon the results from the reforms that were stressed in the European Commission’s report and that there is a positive opinion on its positive recommendation for starting the negotiations. The conviction for starting the negotiations for an EU membership is strong and the country will join Serbia and Montenegro” said the press release