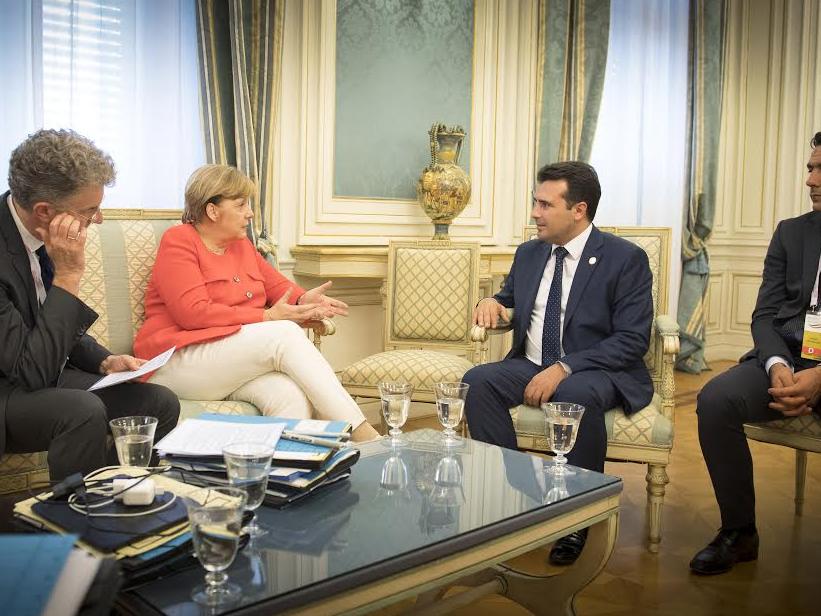 At the meeting, one of the key subjects that will be discussed is the starting day of the accession negotiations which should be determined at the forthcoming European Summitt in Brussels on the 20-21st of June.

Last night, Zaebv attended the annual reception of the German Association for Eastern Europe. At the occasion, Zaev stressed that he is expecting a positive decision from the European Council regarding the start of the negotiations and that any other decision will have negative effects on the political situation in the country and the region, and will encourage the influence and the interest of third parties in the region.

There are 200 companies with German assets in this country and they employ 20.000 citizens.