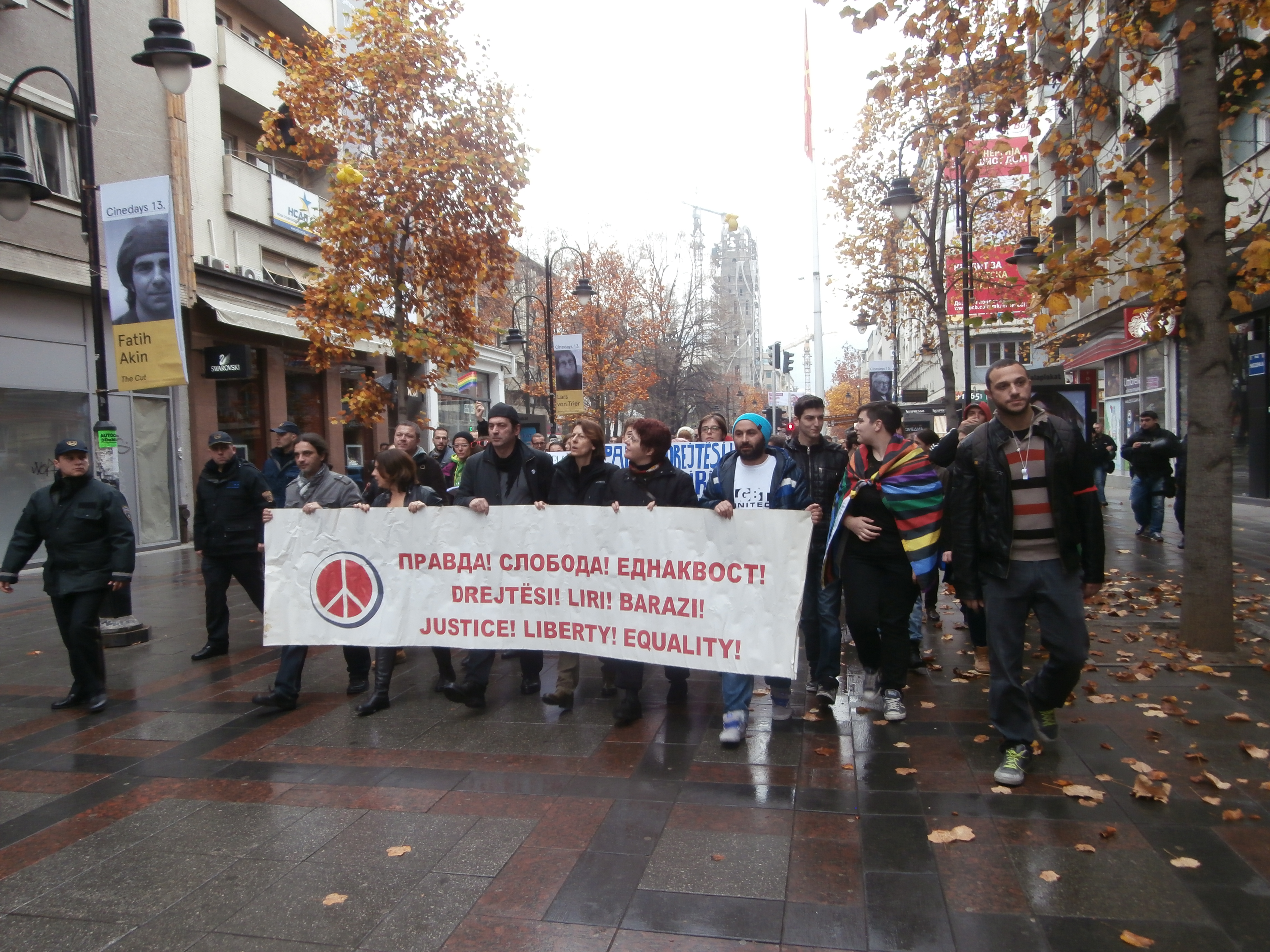 Under tight police security, the traditional tolerance march organized by the Helsinki Committee for Human Rights and the NGO Civil was held today at noon. Several dozen march participants gathered in 11:55 am at the Museum of the City of Skopje and across Macedonia street, they marched to the government building, and then across Goce Delchev bridge, they directed towards the plateau of the SEE University.

President of the Helsinki Committee, Uranija Pirovska, said that we are witnessing an increasing hatred towards all those who by their characteristics are different from the majority in the Republic of Macedonia.

– We dedicate this day to all people who were victims of hatred crimes because they are different. We want to remind everybody that the Republic of Macedonia is a country which should be proud because of its diversity. Today will march once again to express our outrage over what happens and to remind everybody that love should blossom in this country, not hatred – Pirovska said.

Xhabir Deralla from the NGO Civil said that this day was declared International Day of Tolerance by the United Nations that impose an obligation every government today to present what it has done for discouraging hatred, intolerance and violence against different people.

– The behavior of the Government of the Republic of Macedonia in recent years is unacceptable and it is filled with policies and practices which instead of discouraging and punishing violence and intolerance, they do the exact opposite. In the recent years, the Government practiced intolerance, promoted hatred against different people and all criminal activities committed by hatred are left unpunished. It is unacceptable and today we want to remind it that such behavior is an act of crime – said Deralla.

This year’s march was dedicated to the fundamental values of every democratic society – justice, liberty and equality.