Last night, in the Karpoš municipality,  pollution levels were record high and were 24 times higher than the permitted level i.e. the level of PM10 particles was 1218.63 mg/m3. The cancerogenic particles in the air with a size smaller than 2.5 micrometers (PM 2,5) were 206 mg/m3 which is 10 times higher than the permitted levels. The situation with the pollution was also bad in other municipalities and in Center, the level of PM10 particles was 421 mg/m3 and PM 2,5 – 356 mg/m3.The air particles with a size less than 10 micrometers in Lisiče was 667 mg/m3 and in Gazi Baba 618 mg/m3.

The Minister of Environment and Physical Planning, Bashkim Ameti, on the 25th of January proposed a series of measures to the government for the purpose of decreasing the air pollution but so far there has been no reply.

According to the measures by the Ministry of Environment and Physical Planning, a series of measures such as the introduction of a traffic regime, where all state and public institutions will decrease the use of official vehicles by 50%. Due to increased pollution, citizens are advised not to go out for no reason. 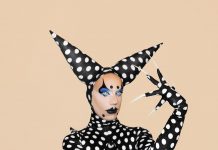