Everyone warns that diseases result from not washing hands, and no one cares that we have no soup in schools where we spend 8 hours a day. This is a reaction of one of the secondary school students that have began a campaign through the Union of Secondary school Students called #nosoup or #expensive soup and they are publishing photographs of toilets fro several schools that are in a horrible condition.

Filthy floors, broken sinks, dirty walls are just part of what can be seen on the photographs that are published on Facebookand Twitter.

-The recommendations are that we must keep from corona virus, flu and other infections by regularly washing the hands. And how can we wash our hands when the toilets are horrible? The goal of this campaign is receive photographs from more schools in the country, so that everyone can see the real situation – there is no soup. How can students from a medical school study about hygiene and at the same time not to have soup to wash their hands- asked Hodai.

This campaign has come out of a project by Democracy lab. As the executive manager Sefer Selimi explains, this is part of the project titled Young journalists network, where young journalists are trained.

-As part of this project, apart from training provided by international and local experts, the participants are obliged to put their work into practice. One of the obligations is to write articles and to write different investigative stories. Part of these stories is the current problem with the corona virus and the necessity of raising the awareness of viruses. So, the campaign for raising awareness at the institutions that the virus or the diseases can be prevented by maintaining the hygiene, but in reality, it shows that we haven’t got even the most ordinary conditions for practicing hygiene. Now the campaign with the photographs from the school toilets is independent from our project – said Selimi.

The photographs of toilets without soup are published with a hashtag #skasapun и #немасапун. The campaign, as explain the Union of Secondary school Students, will be happening in the next three weeks and then they are going to submit to the authorities who are expected to change this.

Awhile ago, „Мета.мк revealed in the schools, especially in elementary schools, the parents are those that purchase all the necessary means of hygiene for their children while they are at school. WHen asked, why do the parents purchase toilet paper instead of the mayors, Velimir Smilevski, the mayor of Butel, replied it’s not that the municipality doesn’t have any funds to purchase, but simply the hygiene assets are being stolen. 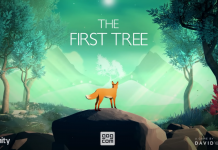 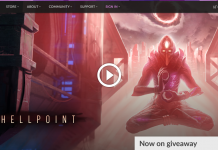