Sanjay Pradhan, the Chief Executive Officer of the Open Government Partnership – OGP, addressed yesterday the Government of North Macedonia’s session. For the past 10 years, North Macedonia has been a part of this initiative and has implemented four Action Plans with the assistance of the civil sector. Pradhan explained that OGP’s goal is to secure that the governments serve the people and not themselves.

Congratulating the Macedonian government on its previous achievements, Pradhan stressed that this year, as part of the 5th Action Plan, the country has an opportunity to achieve even more towards increased transparency and accountability, which would, in its turn, increase the trust of the citizens, the investors and also to promote the accession agenda with the European Union.

He advised the Macedonian government to make possible for the civil society organizations to monitor the European aid for fighting the COVID crisis in the amount of €160 million, which would increase the mutual trust of the citizens and the government.

Pradhan encouraged the Government to make open the agreements for public procurements, but also the true ownership structure of the companies, and with a true zest, by promotion of the reforms through the 5th Action plan to become a regional leader, but also globally, of the OGP policies.

The final benefit, according to him, is to build the trust among the citizens who are fighting against negative occurrences.

Prime Minister Zoran Zaev stressed that 50 measures were implemented with the goal of achieving greater openness of the Government, but also that they were expanded on a local level including the judicial authorities and the Parliament.

“The openness, transparency and accountability are the main pillars of this Government, said Zaev, and the citizens are included in the creation of the public policies”. He also said that there is a political will for the implementation of the reforms that are opening the institutions and are transforming them into service for the citizens.

Zaev stressed the cooperation with the Open Society Foundation and other civil society organizations that have contributed to the establishment of special web portal, where the implementation of the action plans can be monitored. He also pinpointed the introduction of new tools and digital technologies that lead to the promotion of the Government’s transparency, accountability, and responsibility. 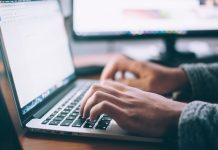