During the breaks, pupils across North Macedonia are simulating murders and are completing other violent challenges copied from the popular South Korean TV series Squid Game.

This TV show provoked fierce reactions due to its negative effects on the children and the young people, and in some countries the authorities have recommended that the parents should not allow their children to watch the TV show. It happened in Great Britain where local authorities have urged the parents to look after their children after it was announced that children aged 6 are copying the violent challenges from this game.

About the influence of the show, which already has 140 million viewers, on the youngsters, we talked with Miroslav Pendarovski, PhD, a university professor, psychologist and therapist.

He is warning that not everything that looks like a game is a game, actually.

“It’s not the first time that the young people from all over the world are being offered TV shows to watch that are scaring their parents, teachers and all others, who are either directly and indirectly involved with the issue: Where this world is going to?” Pendarovski says.

According to him, the so-called games with murder simulations, perversions, violence of any kind, on one hand, allow a catharsis of certain accumulated frustrations among the young people. But in the long term, they create a unified model of identification with characters that are bringing darkness within us.

“At that age, the children and the young people have a need of models for identification and based on the model and sometimes in accordance with the mode of simple identification, unconsciously or semi-consciously they are accepting the characters’ characteristics that they are imitating,”, the professor says.

Not always these characters are sources of healthy ethical and life values and as such, they represent bad models that the young people are accepting because “it’s cool”.

“As a result, we arrive at a strange position – to what extent this is a game and at what point it becomes serious? Seldom, I had been writing about similar dangerous “games” like the “Pass-out” game where young people hit one another until they blackout (which was a very bad trend several years ago), and then jumping through the school windows. I have always stressed the complexity and the multi dimensionality of these issues that aren’t just psychoogical, but also social and ethical,” Pendarovski pinpoints.

“What ever is happening with the building of healthy values in generations that refer to good behavior, altruism, helping others, the benefit of others?! Where are the educational – upbringing dilemmas about what sort of generations are we educating and who will carry the load to lead one relatively healthy and moral society? Where is the limit to what is right and what is simply not right? Pendarovski asked rhetorically.

According to him, these are more complex types of questions and are demanding serious considerations that the parents, teachers and psychologists will have to deal with, but also those that are promoting such content.

Pendarovski said that a system with directions, measures and behaviors is necessary that will return the healthy and mature directing of young people toward general life values, and simultaneously to respect their individuality. 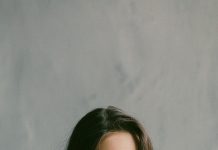 North Macedonia: Still no new law on digital textbooks, pupils forced to use print copies only