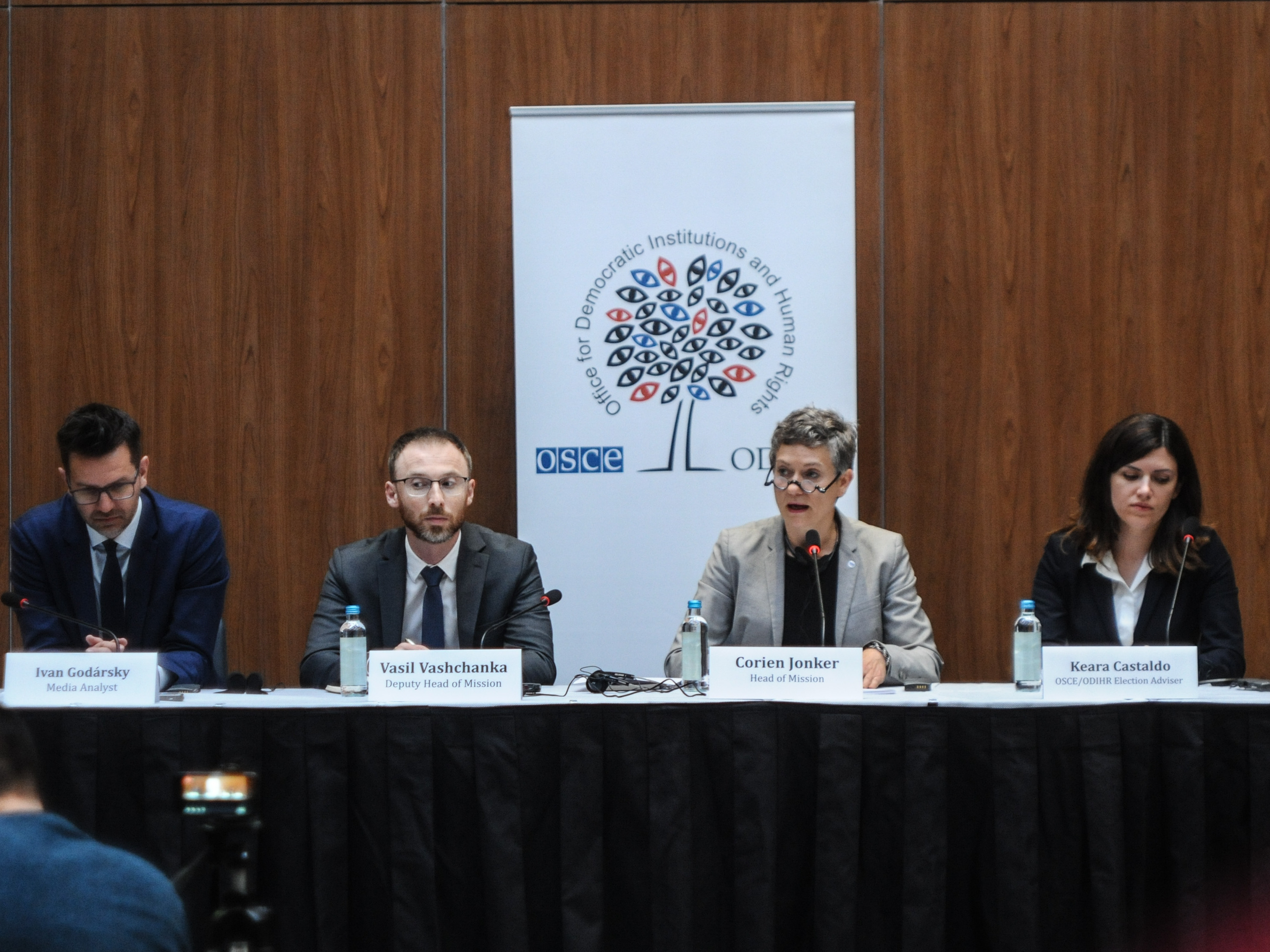 The OSCE / ODIHR observation mission will cover the upcoming presidential elections with a total of 279 observers. The main team of 11 experts will be based in Skopje and 18 long-term observers who will be deployed in nine teams across the country from March 20, said the head of the observation mission, Corien Jonker at a news conference.

ODIHR will additionally ask member states from OSCE to provide 250 short-term observers who will come a few days before the election.

Jonker noted that he would monitor the election process not only on election day but also before, during, and after election day. The administration of the elections, the campaigns of the candidates and their funding will also be monitored.

“We are not interested in the result, but the quality of the election process and every voter to vote freely and transparently,” said Jonker.

OSCE / ODIHR will publish a report the day before the elections, and after the election there will be a press conference and a preliminary report. The final report will be released several months after the election process, which will include recommendations to the authorities on areas which need to be worked on.