The data that was published on Tuesday by the Minister of Economy Kreshnik Bekteshi provide a glimpse into how in September 2022 had been spent by the ministries, their regional offices, the government, the courts, the parliament as well as the Cabinet of the President of North Macedonia, but also the state power and power distribution companies, ELEM and MEPSO.

“I want to appeal to everyone that the situation in the energy sector, not only in Macedonia but throughout Europe, is not a joke. Every degree lower for heating, means saving around 5% of the energy. The heating season has started and all of us will have to focus and find ways to do this in the forthcoming period. One small change in everyday habits can make a big difference in the management of the energy crisis,” Minister Bekteshi said. 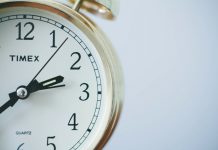 Solar energy production must not leave North Macedonia without food