In the period of time after the new composition of Parliament, and after the deadline which expires on December 31, there will be a new reality for the Special Prosecutor’s Office (SPO) and for the most important courts in the country – the Supreme Court, the Criminal and Constitutional Court, who left difficult issues to resolve after the election.

The new post-election reality will begin to show its character when Parliament is formed, and will lead the way by taking steps and reforms to pull the country out of the political crisis, which many committed to by becoming signatories of the Pržino Agreement and of the Annex – Agreement of the 20th of July.

The Special Prosecutor’s Office are expecting the new Parliament to adopt the amendments to the SPO laws, so that the Special Public Prosecutor, Katica Janeva and her team will have an extended mandate for investigations and continue filing charges related to cases arising from the wiretapped conversations. Under the current law, Janeva has only five months left to launch new investigations and to file charges.

The SPO will again request that Parliament amend the Law on Witness Protection, as they have repeatedly stated how necessary they are for the smooth running of their investigations. The SPO requested from the previous parliamentary composition the same amendments however their efforts were blocked by the large majority of the ruling VMRO-DPMNE.

The leader of VMRO-DPMNE Nikola Gruevski during the election campaign stated he could prolonging the political crisis and that they did not have they no good intentions for the country.

His opponent, SDSM leader Zoran Zaev, and other candidates from the opposition have different opinions and announced that after the election they will seek to extend the SPO’s mandate, but also the formation of a special court department, which will process Janeva’s cases.

The four parties signed the Agreement of the 20th of July making them all signatories.

The agreement states that “in case the Constitutional Court rules that the law for the SPO or part of it, is not constitutional, the four parties are to undertake course of action and to adapt legislation to the court’s ruling and re-establish the SPO according to the ruling within five days”and that” four parties should urge the Constitutional Court to rule on the Law on the SPO as soon as possible, at the next possible session”.

After New Year, new presidents are to be elected of the Supreme and Basic Court Skopje 1. Last week Zoran Karadzovski, the President of the Judicial Council, confirmed who selects the presidents of courts. Even though the procedure for their selection began in November, the issue of who will manage the two most important courts in the country was left for after the election or after the New Year. 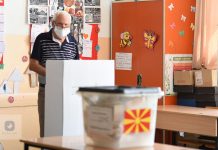 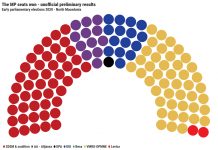