Meta.mk
Economy Negotiations with Greece about the building of the interconnective gas pipeline are... 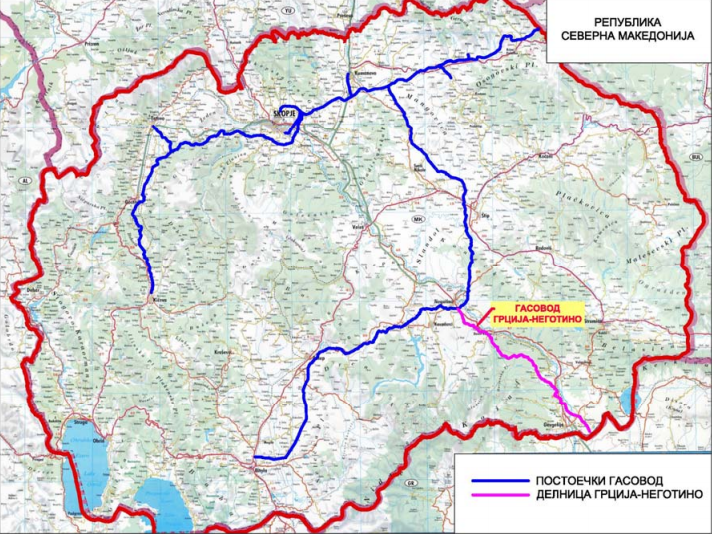 The negotiations between Macedonia and Greece regarding the building of the interconnective gas pipeline are expected to start very soon. During its yesterday’s session, the Government adopted the proposal for starting a procedure for leading negotiations for concluding an agreement between both countries and authorized the Minister of Economy Kreshnik Bekteshi, as the Head of the delegation of our country, to paraph the content of the agreement upon reaching the approval for the negotiations.

In so far, the collaboration between both countries’ governments, it was determined that the most adequate location for the building of the interconnective gas pipeline is the connection of the future gas roadbed Gevgelija – Negotino with the current gas pipeline Negotino – Bitola. The roadbed from Gevgelija to Negotino will be of 80km in length while on the Greek side there should be around 60 km of the roadbed.

The interconnective gas pipeline in Macedonia should provide an alternative source of distribution of natural gas since this country is one of the rare in Europe that are completely dependent on the import of Russian gas. The competitive source of gas is expected to bring lower gas prices compared to current prices.

The crossing of the gas pipeline roadbed between the two countries will be near the Greek village of Idomeni and the roadbed will pass through the municipalities of Gevgelija, Bogdanci, Demir Kapija, and Negotino.