NATO’s Supreme Commander was tasked to coordinate the military support in the fight against the Covid-19 pandemic and to start using the “fast lines” i.e. the special procedures through the European air space for NATO military flights carrying medical equipment, said the Alliance’s Scretary General Jens Stoltenberg. The meeting was the first used through a secure video-conference call int he history of the Alliance and a first meeting where Macedonia was a fully fledged member.

– We are mobilizing NATO in support of the civilian efforts to combat coronavirus. NATO was created to deal with crises. So we can help. And our Alliance is playing its part – stressed Stoltenberg after the meeting.

-All Allies are affected by this crisis, so all Allies are in need of capabilities, equipment to address the crisis. But at the same time, we know that some Allies have more capabilities than others. And we also know that the effect of the crisis will not be stable, will not be the same for all Allies at all times. So not all Allies will see the peak of this pandemic at the same time. And this makes it possible to reallocate some resources, as we have already seen many example of, to those Allies who are more in need and which see that the crisis is peaking. So this is the whole idea with tasking SACEUR to coordinate, to identify surplus capacity and to match that surplus capacity with needs in different Allied countries.- said Stoltenberg during the press conference after the meeting.

In the fight with the pandemic, as was stressed the Secretary General, NATO is transporting medical equipment from one end of the globe to another, it’s securing necessary materials and vital equipment from military and civilian sources and is contributing with its medical, scientific and technological knowledge in order to help finding innovative responses to the crisis.

The Montenegrin journalist Ivan Janovic asked Stoltenberg whether Montenegro and other NATO allies from the Balkans can count on the Alliance for transportation of patients into hospitals in other countries -allies, that have capacities to provide health care in case of need.

-This was exactly among the issues we addressed during the meeting today, and we have seen how NATO, NATO Allies, military personnel have, in different countries, helped Allies with medical, transportation, medical evacuation and transport of patients. In the meeting, it was referred to how military planes were used to transport patients from Italy to Germany. But there are also some other examples of how military planes were used to transport patients, because we have the capabilities. The military has tested, exercised exactly how to, for instance, transport patients. It’s something which is integrated in their work as military organisations. We are now, through the NATO Coordination Centre, mobilizing more support. We have tasked SACEUR, our Supreme Commander, to identify where there is surplus capacity, where there is equipment capabilities available, that can be used to support other Allies – said Stoltenberg.

The Alliance is playing its part, stressed the Secretary General.

“Allies support each other with medical personnel, beds, vital medical equipment and the best practices and ideas how to fight with this deadly disease”

Part of the fight is the timely and correct informing:

-Allies work jointly in order to ensure transparent and timely information to overcome this global pandemic and to combat disinformation. Due to the need of a coordinated and total access, NATO has a close collaboration with other organizations, including the United Nations, European Union and the World Health Organization.

In the joint declaration dedicated to the fight against the pandemics, NATO marked the accession of its newest member.

“We welcome North Macedonia as NATO’s 30th Ally. As we face this unprecedented challenge, our 30 nations stand together in solidarity and transatlantic unity.” stated the joint declaration of the alliance’s foreign affairs ministers. 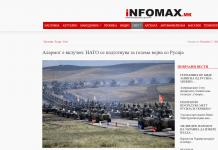 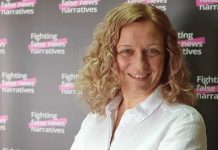