A video clip paid from the Republic of North Macedonia state budget in 2016, through a shady deal which is currently investigated for corruption, has been used to mobilize ethnic Macedonian voters via Facebook ads during the electoral silence between July 13 and 15, 2020.

The goal of this propaganda operation was unambiguous – to stir emotions within the voting body by arousing memories of patriotic themes in order to steer the vote towards a party which conducts cultural appropriation of the historical heritage of the revolutionary struggle from the beginning of 20th century. This goal of election agitation was explicitly stated within the text of the sponsored Facebook posts. For instance, one of them contained the following call to action:

“Lets get goosebumps and with love and pen get our fatherland back!!
Let’s show the world how a true referendum for Macedonia looks like!!”

This call uses the propaganda technique of dog-whistle politics, making direct allusion to the statement of the political opponent Zoran Zaev, who after the 2016 elections stated that “the regime fell by the pen” i.e. through peaceful democratic elections.

The video clip is the only footage from an unfinished TV series “Macedonia” which the film production company Jadran Film DOOEL Skopje has made available public. The company is a subsidiary of a Croatian company Jadran Film d.d. from Zagreb. The overall budget of the contract it had made with the former Macedonian government in 2016 amounted to 4.6 million euros.

According to the journalist research by Prizma, an outlet of the Balkan Investigative Reporting Network – BIRN, published in November 2017, by that time 1.1 million euros of taxpayers’ money were spent – transferred from the state budget to the producers. During that year, the producers were supposed to show that the money were indeed spent on the series production, by submitting the footage of the first season of 14 episodes for review.

However, with an exception of a short trailer and a scene that takes less than a minute, the official Youtube channel of the TV series has published nothing during the following period of nearly three years.

The contents of the initial trailer is similar to the contents of the video clip published by the same company just before the elections and promoted during the election silence period. It depicts a scene in a 1903 bar during which the actors sing the folk song “Nalej, nalej” which is part of the legend of the Gemidzii, a Macedonian anarchist group that conducted the assassinations of Thessaloniki.

The song has been extensively used at history-themed events of Macedonian nationalist parties during the last decade and is easily recognizable by their primary voting body.

In December 2017 the office of Basic State Prosecutor for Organized Crime and Corruption initiated an investigation into the case of the series, and in February 2020 the office of Basic State Prosecutor – Skopje brought charges against the former director of the state Agency for Film for the criminal offense/felony of abuse of official position with the goal of providing “significant property gain of 68.000.000 Macedonian denars (1.1 million euros)” to Jadran Film DOOEL.

On Facebook, the most popular social network among the adults in North Macedonia, the video clip was promoted through ads on existing and newly opened pages. One such page, named “Our fatherland Macedonia” (“Наша татковина Македонија”) had been opened on the election day, July 15, used to launch advertisments for several hours, and then deleted, possibly to in attempt to cover the tracks in case of investigation of financing of this aspect of the election campaign.

Facebook has recently introduced more mechanisms to promote transparency of the pages on their platform. This includes the pages that had been deleted, as traces of their existence still remain as part of the public record.

According to the publicly available data provided by Facebook Debugger about the link for the video clip, the combination of paid promotion with ads and other means contributed to total of 37.459 engagement reactions (likes, comments, or shares) of the posts featuring it on different pages. According to publicly available data provided by YouTube on the page of the video, these activities resulted in 200.846 views of the video by the morning of July 16.

Estimates of the financial means needed to achieve such an effect with ads, combined with unauthentic behavior – coordinated action of profiles that are members of troll networks which by command use likes or shares to increase visibility of selected sponsored contents, range between several hundreds to several thousands euros.

Alongside use of Facebook ads, several online media outlets promoted the video also, without informing their readers about the history of the case in full. These included outlets which for years have expressed direct leanings towards select right wing political parties, while investigative journalists had revealed that a part of this group has been receiving finances through Hungary.

Some of these articles declared the video as “unprecedented true Macedonian social media phenomenon,” claiming it had over one million views, contrary to the publicly available date on its YouTube page that displayed a number that was five times lower. 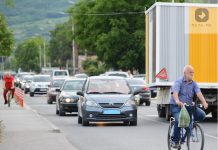 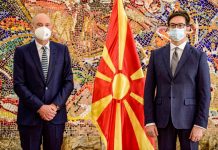 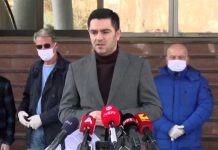