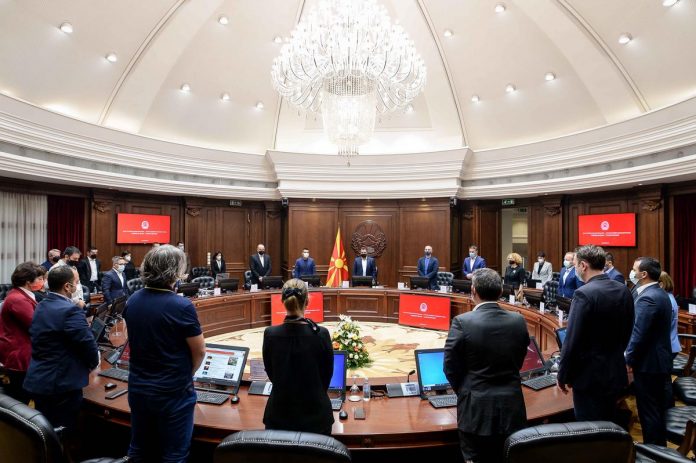 The three days of national mourning start today and will end on Saturday.

“The Government urges that all public venues should cancel all public and private parties, celebrations, cultural-artistic and sports events. The political parties are also asked to refrain from campaigning for the coming local elections during these three days,” stated the press release.

The Government tasked the institutions to determine what sort of additional help and assistance are needed for the families of those killed or injured, in order to be provided in the shortest period.

The Government is thankful for all the countries in the region, Europe and throughout the world for their expressed condolences for the tragic event and has adopted a decision to accept the offer on part of some of the NATO-allied forces to send experts with the highest level of expertise in fire investigations in order to help in determining the causes of the fire at the modular covid center in Tetovo.