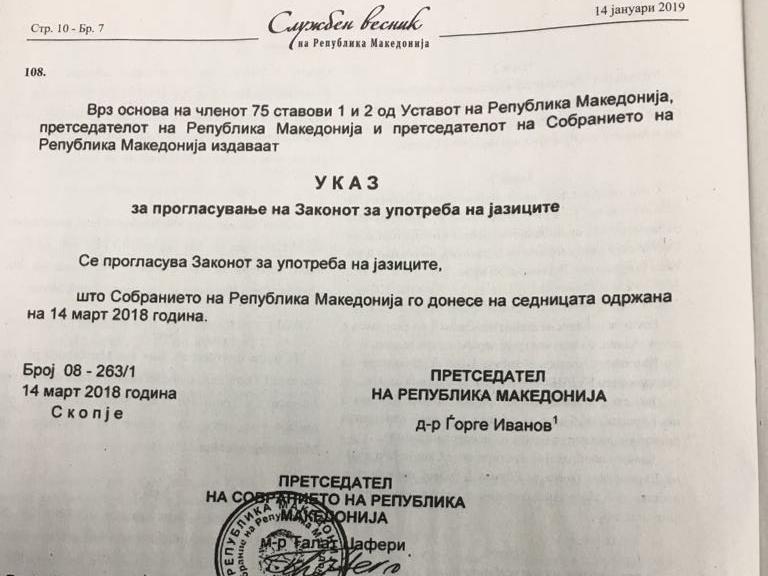 The Law on the Use of Languages ​​was published today in the Official Gazette after Parliament Speaker, Talat Xhaferi, sent it without the signature of President Gjorge Ivanov yesterday.

With the publication of the Law in the Official Gazette, it officially comes into force, making Albanian the second official language in Macedonia.

Deputy Prime Minister for European Integration Bujar Osmani wrote “What a start to the year, I am proud to an associate of Ahmeti”.

SDSM vice-president and MP Mohammed Zekiri said via Facebook, and asked that DUI not take the glory when it comes to the law on languages.

“Almost a decade in power with VMRO DPMNE, we did not hear a thing from them. Today, with such a pomp and praise, they want all the glory. The merits for opening the doors to NATO and EU membership for Macedonia, as well as making the Albanian language official, belong to the citizens who embraced the concept “Macedonia, One Society” for all. Without euphoria, please. Citizens know best who works for their own good,” Zekiri wrote.

Today’s edition of the Official Gazette has been published in two languages, Macedonian and Albanian, except for the agreement between Macedonia and Greece, which was only published  in Macedonian.