Meta.mk
Main Section Juncker and Tusk: This is a historical mistake 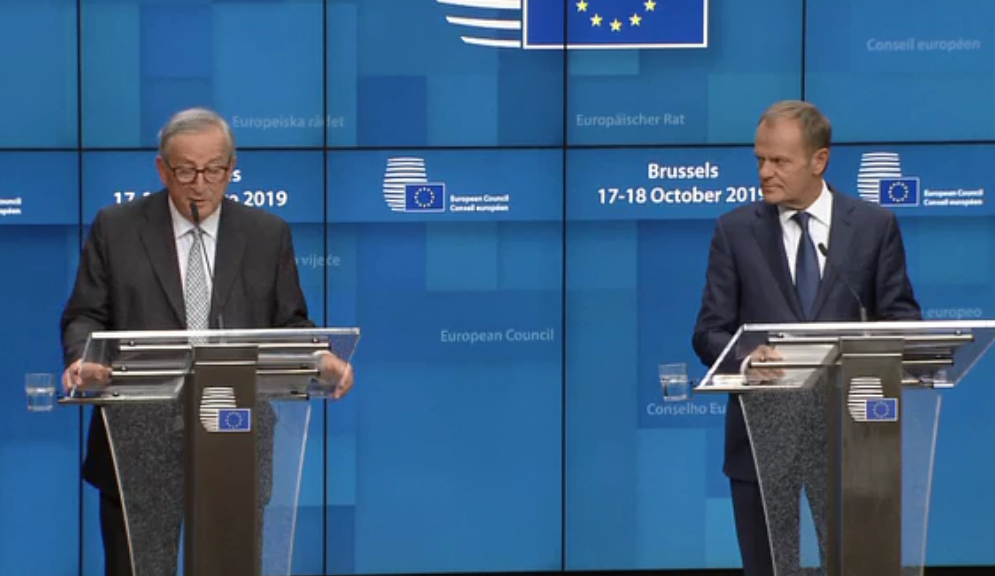 – Personally, I think this is a mistake and I will not comment further – said Tusk.

He told both countries not to quit because he believes that one day they will be fully-fledged EU members.

-To our Macedonian and Albanian friends, I will tell the following: Please don’t quit! I understand your frustration, but you have to understand that the EU is a political entity and sometimes it takes time, but I have no dilemma that one day you shall be fully-fledged EU members – said Tusk.

Even the President of the European Commission stated that when he took this position five years ago he has said that there won’t be any enlargement because there aren’t any countries that are prepared for negotiations, but he was surprised. He also said that the European Council has made a mistake by not granting a starting date.

-Five years ago, I said that during the five years of my mandate there will not be any enlargements. Many were disappointed, but it was clear there wasn’t any advancement. And yet, there was progress. Yesterday, the question was whether there are any candidates to start the negotiations and many countries have said that there are candidates that are fully ready. That’s it. I think this was a historical mistake – said Juncker.