Meta.mk
Main Section Party leaders have agreed to hold snap elections on the 12th of... 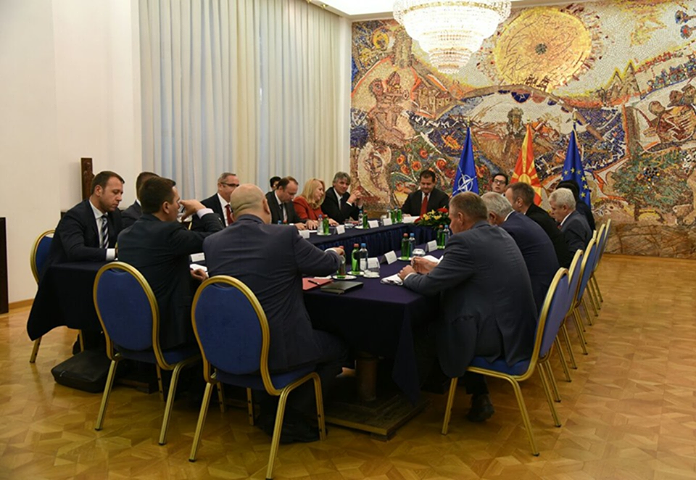 Prime Minister Zoran Zaev said that the snap parliamentary election will be held on the 12th of April next year. The prime minister gave this statement after the leadership meeting that took place last night at the Vodno villa upon the initiative by President Stevo Pendarovski.

His proposal was the elections to be held faster i.e. on the 22nd and the 29th of December. But according to the so-called Przino government, he will stand down as prime minister in January and a technical government will take place in the next 100 days.

Zaev said that there were talks about the election model and by his own words they favored the democratization of this process that they don’t oppose the idea of one electoral unit, and there will be discussions concerning the Electoral Code.

Opposition leader Hristijan Mickoski posted a message on his Facebook account and wrote that “the flinching, the same, the injustice and the decline instigated by Zoran Zaev and this government.”

“Starting from the 3rd of January there will be technical government, and on the 12th of April, there will be elections. Even though these are hard times the choice hasn’t been clearer. We are all going for a major victory that will bring renewal for Macedonia” wrote Mickoski.

Previously, President Stevo Pendarovski informed that all present political parties have agreed that the state has to start and finish quicker the accession negotiations with the EU.

-We have a clear state consensus from all relevant political leaders in our country that they stand behind the idea that the Republic of North Macedonia to start as soon as possible these negotiations and to finish these negotiations sooner in order to become a fully-fledged member. All attendees have agreed that we have no issue with a new and improved methodology for leading the accession negotiations. All of them have said that there is no problem if it means restarting of the process which means when you close one chapter and if the trends in that area are negative then you will be returned again even at the start of the whole process” said Pendarovski.