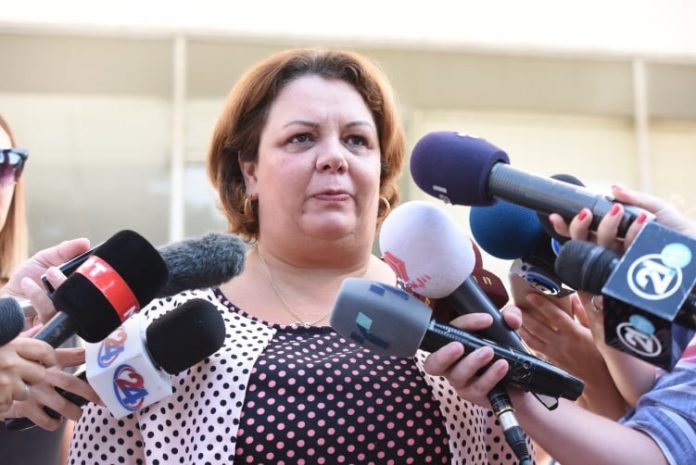 The Special Public Prosecutor Katica Janeva, from a heroine, and whose silhouette embellished the T-shirts of both young and old when Gruevski’s government was torn down, ended infamously disappointingly in detention for abuse of power. The person that was supposed to be (and for awhile was) the face of the fight against the deeply corrupted and criminalized old government, she ended in the place where her “patients” were supposed to end.

Ironically, Janeva, whose job description states “pursuing criminal acts connected to the illegal wiretapping” was caught at least on one audio recording with the controversial Bojan Jovanovski – Boki 13, a reality show star and shadow owner of a new and upcoming TV station with an equally controversial businessman, Orce Kamchev, a suspect in cases that are led by Janeva – while they were making an agreement to ease the procedure and the detention.

During the days since the recordings were published in the Italian newspaper, “La Verita” left all citizens speechless and wondering:

Was this the person that was supposed to free the  from “captured state”? How was it possible that she had been negotiating with suspects in an extremely dubious atmosphere that was inproper for a “special prosecutor”? Is it true that a millions of euros were being negotiated in order for the detention to be canceled and the sentence to be eased for the suspects in the cases of the prosecution that she led? How is it possible that no one has noticed that until the suspect himself didn’t turn her in for racketeering.

But, what is more important out of the whole affair is how it will reflect on two lines. Firstly, the ratings of the government led by Prime Minister Zoran Zaev who has previously managed to come out from even more difficult situations, such as the signing and the ratification of the name accord – the Prespa Agreement, the name referendum, the presidential election, etc?  There is no doubt that Janeva was Zaev’s spearhead in the fight against crime and corruption from the old regime that was led by the now fugitive former Prime Minister Nikola Gruevski. Zaev will pay for that fall bitterly.

A second line and for the citizens, a more important consequence, is how Brussells will look upon the affair.

North Macedonia has survived one delay of the date for starting the EU accession negotiations in June (the reason was the chaotic judicial system) and now everyone expects a date to be granted sometime in the autumn. Will this affair and the detention of the special prosecutor delay this and will the country find itself in the waiting room like God only knows how many times before?

The citizens’ patience is becoming thinner and thinner. The opposition is rejoicing and is demanding responsibility, resignations and early elections, and Zaev with his statement that he will not allow “one criminal, one vain journalist and a faggot” tear down the government, only managed to shoot his own foot and he irritated his biggest supporters.

For now, the Prosecution’s reaction is promising that something will move from the dead end and the summer full of hot affairs and scandals will turn into the autumn full of crime and corruption clearing on the highest levels. But this promise, unfortunately, we have heard it too many times before in order to believe it 100%.

In the meantime, the general public is entertained by the folklore about the types of jewelry, (wiretapped?) furniture, clothing she had or was given as a gift for Janeva, with whom she will share the prison cell, her health, etc.