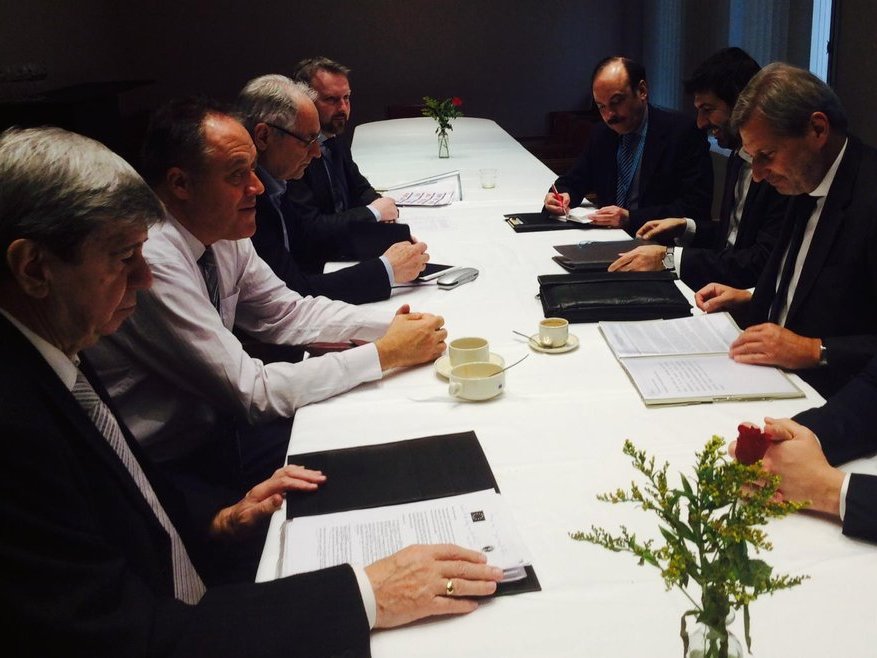 Commissioner Hahn on his official Twitter account shared a picture of the meeting and said: “Meeting on Former Yugoslav Republic of Macedonia with the MEPs, Kukan, Vajgl and Howitt.”

“The European Commissioner discussed the implementation of the political agreement and urgent reform priorities”, said representatives of the EU to “Meta”.

The three MEPs and the European Commissioner helped broker and mediated the signing of the Przhino Agreement to pull Macedonia out of its political crisis.

Hahn said two weeks ago that he would visit Macedonia in mid-February and reminded that constructive cooperation between all the parties is the only way to ensure fair and democratic elections.