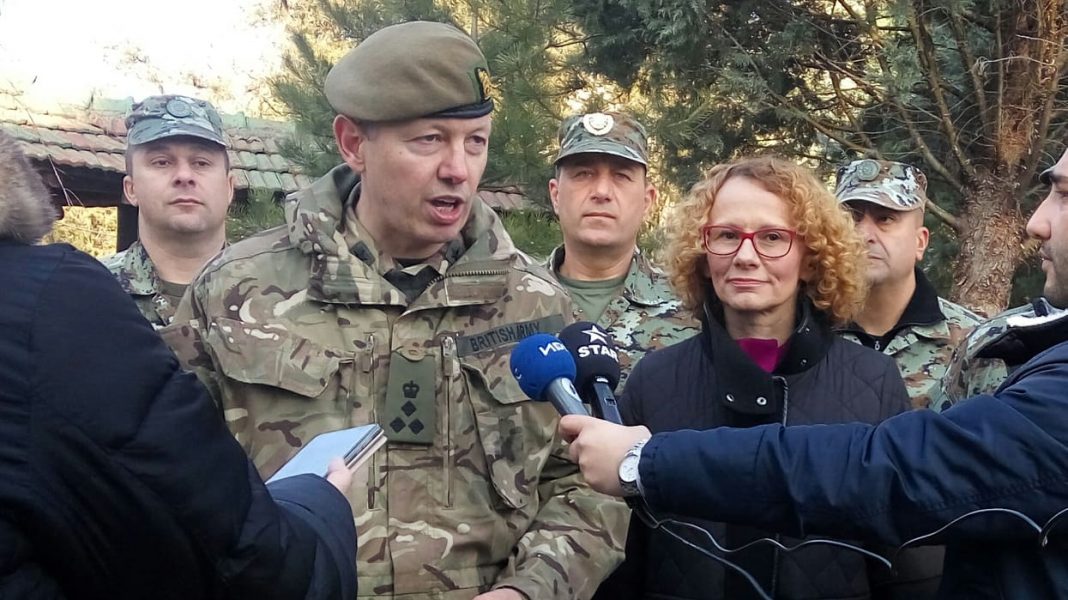 A British training team of the Duke of Lancaster’s Second battalion is at the “Jane Sandanski” base in Shtip where it will be training with 30 potential officers of the First light infantry unit. At the army base, which became part of NATO’ system, there was an inspection by the Ministry of Defense Radmila Shekjerinska and her NATO adviser, the British Brigadier General Robert Hugh Lloyd-Jones

The transformation of the Macedonian army for a NATO membership is starting with the formation of the First light infantry unit in Shtip, which is assisted by British Armed Forces.

-The United Kingdom is awaiting to greet North Macedonia as NATO’s 30 member country. The light infantry unit will be better equipped, better trained and will have better resources than any other conventional unit that has represented the army on terrain. It will be organized and trained according to NATO standards and will be a basis for the army’s military contribution towards NATO, said General Jones, who announced further assistance with training and advising in the process of transforming the Macedonian Army.

One part of the team is located in Shtip while the other is on terrain in Krivolak.

The main NATO resource will be located in Shtip, in the name of the First light infantry brigade, which will be better equipped and trained.

The assistance provided by the British Army is of great significance and is considered as a strategic partner in the NATO accession process.