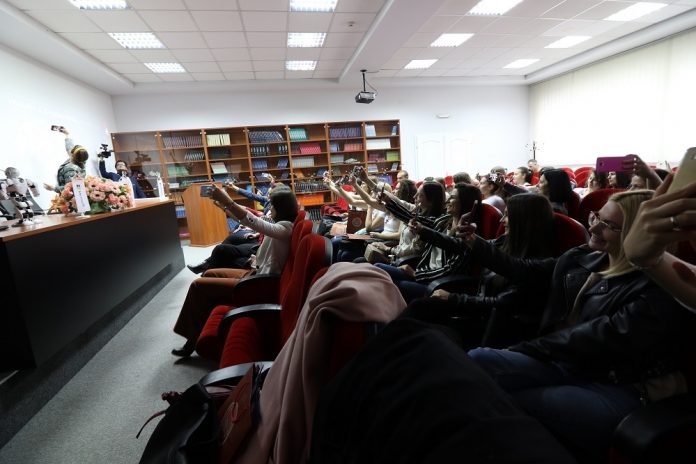 Twenty years ago, 5-10 percent of IT employees were women, but now the situation is significantly changing. According to Elizabeta Najkovska from “Microsoft”, in 2019 the percentage of women has risen to 40-45 percent and is growing. At the same time, interest is increasing in the sector amongst women, which until a year ago was “male”.

“That’s why we started the STEM program, through which we want to motivate girls to enter the program, to know that it is not just for men and it is not something in the distance. They are already “digi” girls, use mobile phones and laptops, but we want to direct them to work more in this sector”, said Najkovska.

Today in Stip, young girls were invited to listen to advice and life stories of women in this sector, who prove that “she” deserves an important place in the IT world.

At the event in Stip, several women from the IT community from Macedonia gave speeches.

Nina Nikolic from the Swiss Entrepreneurship Program said that through success stories they want to inspire girls to think about their business in this sector. Nikolic says that the perception of this sector is slowly changing.

“Many doors are now open, everything is up to the way we think. If we believe that something is a passion and we have to go on, then the doors will open themselves, “Nikolic says.

The “DigiGirlz” caravan was in Stip today. The goal is to introduce these young girls to coding, programming, innovation in creating and stimulating new IT ideas in order to increase their participation in these professions.