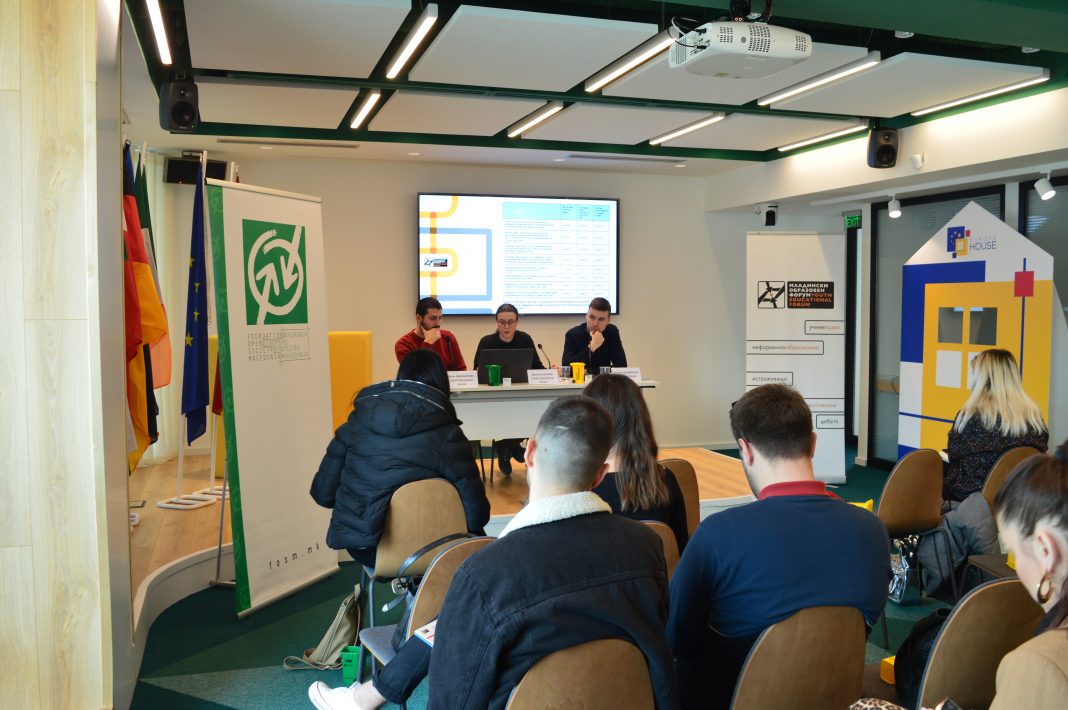 Annually, for each student that lives in a student’s dormitory, 9kg of fruit is planned for him or her. For example, if during a period of one year, 4.000 kg of bananas were bought and if this number is divided with the number of students, it will end up that each student eats 1.5 kg of bananas i.e. one banana per month. This is what the analysis of public procurement at student dormitories conducted by the Youth Education Forum (YEF), has shown.

300 students from three dormitories in Skopje took part in: “Kuzman Josifovski Pitu”, “Stiv Naumov” and “Goce Delchev”. Each beneficiary of the student’s restaurant, according to the numbers, it comes out that he has received a rationing around 14 kg of pork or meat i.e. 1.5 kg of meat monthly. The students have received a fruit yoghurt two or three times annually, and each third student has received one sour milk churn.

The goal of this analysis was to show whether the budget that is set aside for student dormitories is meeting the students’ needs.

Even though, according to the State Student Dormitory’s (SSD) rulebook, the students live and feed at the dormitories in a period of 10 months, the calculations of this research are conducted for a period of 9 months since it was taken into consideration that the largest number of students during the first and the last month planned for residence at the dormitories (September and June) don’t live there since they don’t have any academic duties during that period.

Apart from the need of more assets for the improvement of the students’ standard, in one of the recommendations at the end of the research it is stated that SSD should work in accordance with the rulebook for nutrition that was made by the Macedonian Ministry of Education and Science and that the students must be allowed to participate int he creation of the menu.

Zaev retracted the decree, the public administration will continue with the...

Zaev retracted the decree, the public administration will continue with the...