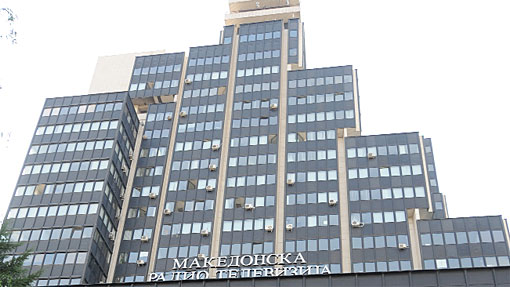 The Association of Journalists of Macedonia (AJM) demand that the decision by Macedonian Radio Television’s (MRT) Program Council to call for election of members of the Supervisory Board of the Public Broadcasting Service in conditions when the mandate of the members of this Council has expired.

Meta.mk published the news yesterday that on the 17th of January at MRT a public call was announced that for the election of members of MRT’s Supervising Board. The organ that has to conduct the supervision of financial-material operating has be elected by former members of MRT’s Program Council with an expired mandate.

“The mandate of MRT’s Program Council expired in December 2019 and because of that we think it is problematic that they should be electing new members in the Supervisory Board which has to conduct control over the public service’s material and financial working in the next few years. Apart from the expired mandate of the Program Council members, part of the members have a conflict of interest according to the law and this represents an additional problem to this organ’s decisions” states AJM’s press release.

The Association of Journalists stressed that with the effort of electing new members of MRT’s Supervisory Board the recommendations of the Council of Europe are violated i.e. recommendation 96 that refers to guaranteeing the independence of public services. In chapter three of this recommendation, it is stated that it is necessary that the members of Supervisory Boards should be elected from a body that is planned by law in a way that will help avoiding the risk of political or other influences.

As in many times before, AJM reminds that the members of the Committee for Elections and Appointments at the Parliament have to find a mutual language and to elect the new members of the MRT’s Program Council. The election of new members has been blocked for the past year.