Meta.mk
Main Section Zaev’s defence attorneys are asking that the footage from “Youtube” be excluded... 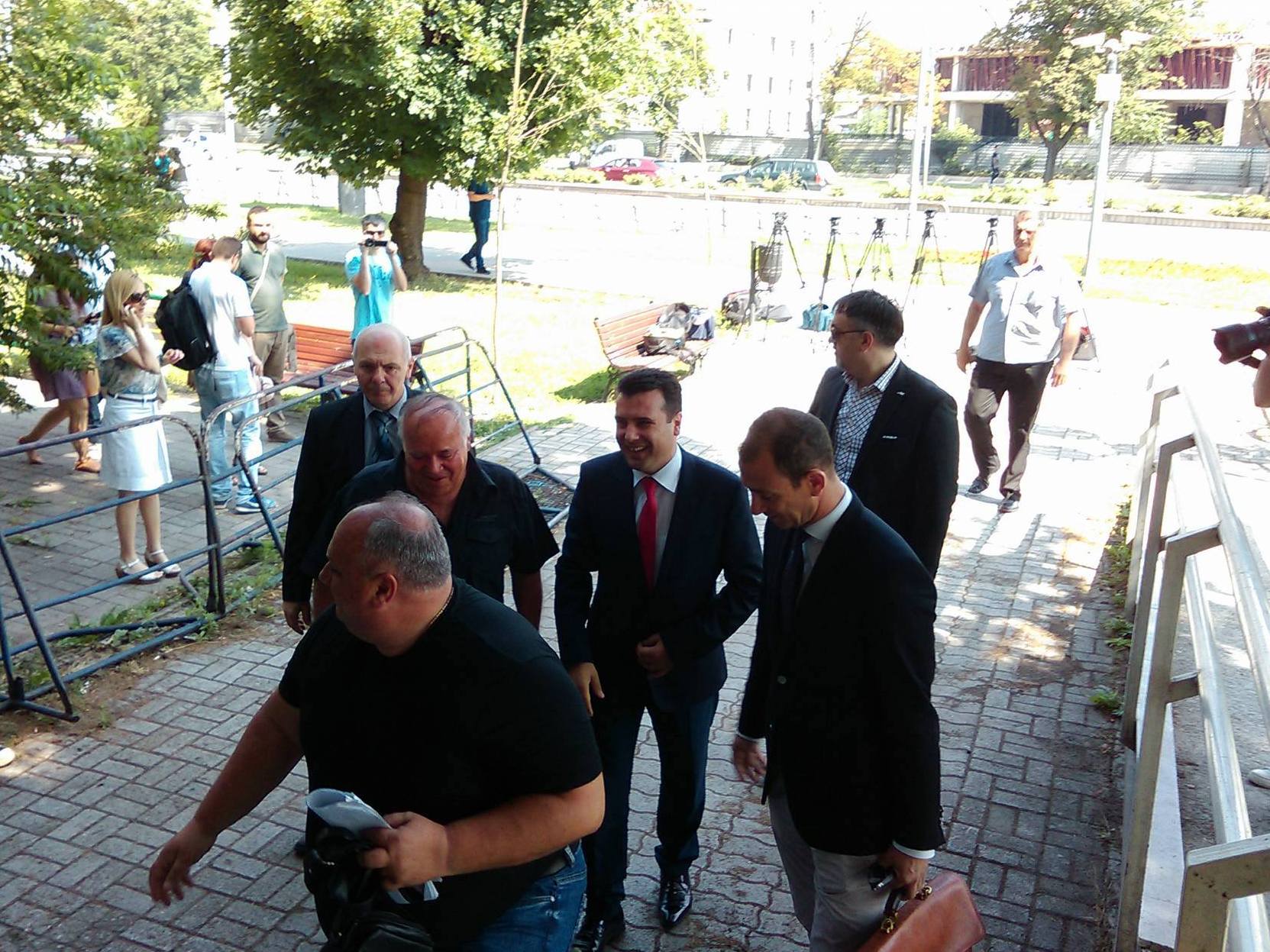 Prime Minister Zoran Zaev, accompanied by his legal team, Vane Andreev and Filip Medarski arrived at Basic Court Skopje I this morning, where the hearing for the “Bribe” case began, in which he is being charged for asking for a bribe of approximately 200,000 euros from a Strumica businessman for the privatization of construction land.

Today, the hearing was not postponed, as it had been several times before, however, it should end at 12 o’clock, as there is a government meeting scheduled, for which Zaev must be present.

In the courtroom, Zaev’s lawyer, Filip Medarski asked that the video footage be excluded as evidence because it appeared on “YouTube” and was then used by the media. With this, Medarski said, because the evidence was obtained illegally, it therefore can not be used as evidence during the court hearing.