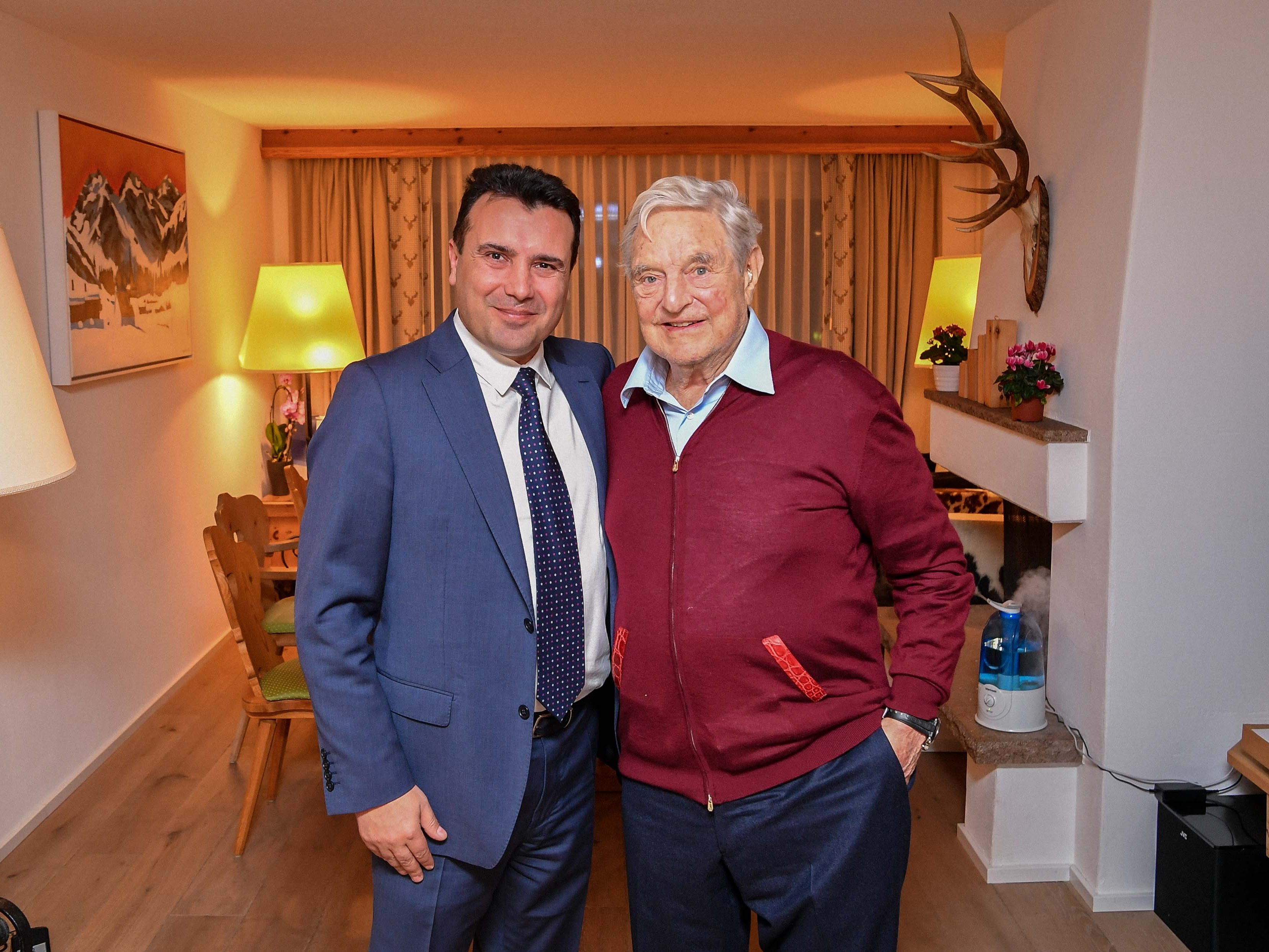 At the sidelines of the World Economic Forum in Davos, Prime Minister Zoran Zaev met with philanthropist and financier George Soros, founder of the Open Society Foundations (FOI) and Patrick Gaspard, president of the FOI, the government said.

“The membership of the Republic of Macedonia in NATO and the integration into the European Union were assessed as key steps that provide stability and security for the country and the region, and open the door for new foreign investments, for the development of the Macedonian economy and for improving the quality of life of the citizens,” said a statement sent by the government.

Zaev and Soros, say the Government, exchanged ideas for intensifying the cooperation between the Government and the Open Society Foundations to provide better facilities for care and preschool education for children and for greater involvement in the lives of Roma citizens in various spheres of social flows in Macedonia.

The conversation emphasized the importance of the National Strategy for Society and Multiculturalism, as well as the need for the intensive participation of the civil sector in the creation and implementation of the Strategy in order to support the social trend of promoting the trust and communication between the citizens and communities in the Republic Macedonia.