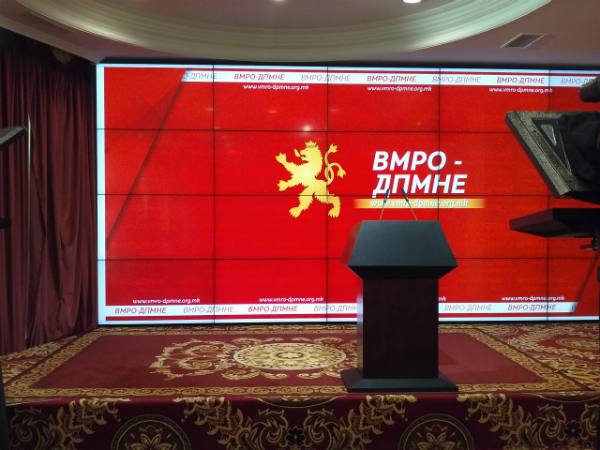 Katica Janeva and the Special Public Prosecutor’s Office turned into caricature, because of the humility in carrying out political orders, VMRO-DPMNE said at today’s SPO press conference, where three new investigations were announced – for the annulment of the 2011 census, for Antonio Milososki and for the contract regarding construction of the Demir Kapija-Smokvica highway signed with the Greek firm “Aktor”.

The opposition party said that Janeva and the SPO “are continuing politically to create cases without any legal foundation”, and they added, it is regarding voted laws in Parliament and also regarding an agreement signed by the EU Ambassador in Skopje.

“The public must be defocused from the chaos that is happening in the country. Therefore, cases regarding contracts are opened and signed by the EU Ambassador in Skopje, or laws voted in Parliament, too. It is clear that Zoran Zaev and SDSM are afraid of the public reactions regarding the violent proposal of the law on two languages and embarrassingly bidding with national interests in the negotiations with neighboring Greece. In a situation when the economy is in a state of collapse, Zaev and the Government are completely unable to deliver the promises that manipulated citizens. It is surely expected that the SPO will remain, although it’s mandate for prosecutions and opening investigations ended last year in June”, VMRO-DPMNE stated.