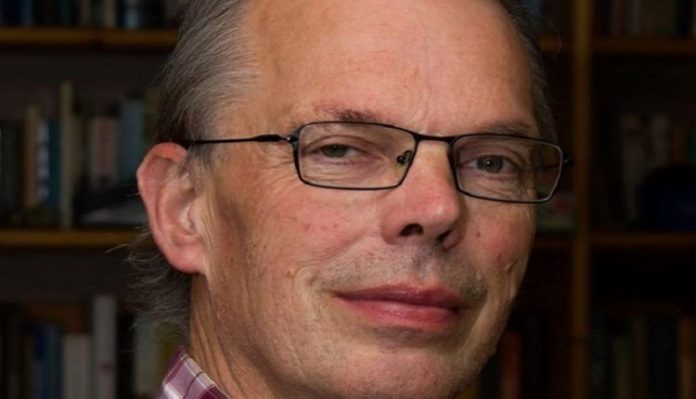 Peter Vanhoutte, the main mediator in the political parties talks during the so-called Przhino Process, which led to the Przhino Agreement, visited Skopje again. In this interview he speaks about one segment of the Przhino Process, namely the media reforms, and gives his appraisal.

Are you familiar with the course of the media reforms over the past 3 years and how do you assess them, having in mind the recommendations from the Urgent Reform Priorities according to the document of EU expert Reinhard Priebe?

There is some progress, mainly at the level of the legislation, which is a necessary first step. The fact that the violence against journalists has decreased, is an important step forward, as this indicates that journalists are finally allowed to do their job in a professional way, without being threatened. However, there are still many unresolved cases from the past, where the judiciary should act.
Besides this, it is disappointing how little of the Urgent Reform Priorities related to media has been implemented. This is for example the case for MRT. Though they have more funding available, we are still waiting to see an effective editorial and organizational reform. There is a need to introduce a modern management, and to offer journalists additional support and training, as well as the necessary independence to provide high quality content and engage in critical and balanced reporting. Besides MRT, there are also may other unresolved issues, such as the need to increase the independence of journalists within their editorial boards and of course the Government advertising, which is going in the wrong direction in the run-up to the early elections.
There seems to be a weak understanding about how to deal with all these issues effectively. Drafting legislation is one thing, but much more important is to resolve the problems you are dealing with. To that aim, the Government should develop clear policies and action plans with deadlines in order to step by step resolve all pending problems. This is not an issue of amending legislation, but of common sense and good management on the side of the government.

MRT – the public broadcasting service – has not yet been reformed neither in line with Priebe’s recommendations, nor in line with the Blueprint Initiative of the Macedonian Journalist Associations. What is the significance of a public broadcasting service for the democratic processes in a society, and especially for the current problem with the growth of disinformation, in Europe in general and also in the countries of Southeast Europe, including Macedonia?

In most EU-countries, public broadcasters play a key role in providing quality information to the citizens in an unbiased professional way. For the citizens the public broadcasters are the most reliable way to get objective information. The impact of this can not be underestimated as this sets the standards for all other broadcasters. The public broadcasting service is also incredibly important as it is to only way to effectively fight disinformation and unverified rumors. MRT should be at the heart of the development of professional, high quality, unbiased media. They are the trigger to improve the whole media landscape. Providing more financial resources (up to 1% of the State Budget) is the first step. Next it is important to upgrade the whole functioning of MRT by introducing a modern style of management, by focusing on best practices and employ the best journalists you can get: motivated professionals who are proud that they can be part of an ambitious plan to bring MRT to the frontline of the broadcasting media, not only here, but also in the region. MRT should not be a reflection of the past, but the key to a functioning democratic system.

THE COMMISSIONS/AGENCIES SYSTEM IS NOT EFFICIENT
Regarding the freedom of access to public information, a step forward has been taken – a new Law came into force a couple of days ago. However, the second-tier body for protection of the right of citizens and media to use this legal approach – a Commission/Agency for the protection of this right has not been established, and there is no indication when it will be established. Do you have the impression that this reform is moving in the right direction and at the right pace, or is it just a political hypocrisy of the decision-makers?

I believe there is a problem with the current approach. Often it is believed that by approving legislation we can check the boxes as requested by the EU. This however is far from enough. The Law might be a nice first step, but we should only be interested in what happens afterwards, how the law is implemented. I am also increasingly skeptical about the creation of dozens of Commissions and Agencies to resolve the problems and be the watchdog of the implementation of basic rights. The concept for this comes from elsewhere in Europe, where liberalism resulted in privatization of an increasing number of governmental institutions, which is a highly questionable development, not in the interest of the citizens, and all in all too expensive in comparison to its effectiveness. The development I see here in North Macedonia with the creation of all these new agencies and councils is just overkill, way to expensive and not effective. The additional problem is that quite often the members of such bodies need to be appointed by parliament, which increases the level of politicization instead of diminishing it, certainly for issues where a two third majority if required. It engages parliament in an executive role which is against the principle of separation of powers (Government – Parliament – Judiciary) and makes it impossible to effectively oversee the institutions they created. Requests from several of these independent councils/agencies to be disconnected from the Law for Civil Servants are another very dangerous development, as it would allow them to increase the salaries of their employees nearly without restrictions. There is no money in the budget to allow this to happen and it would create an unfair competition to all the civil servants who still try to do their job. Instead of creating every day new independent councils and agencies, we should invest in building an effective civil service, in line with common sense. The work we allocate now in a wilderness of organizations where no one will find his/her way in a few years from now is not the way forward. The Civil Service should become a professional, unbiased, neutral system which can perform most, if not all of the requested tasks we are now allocating to agencies. Oversight on the other hand should be performed in the first place by Parliament. The role of Civil Society – and media in the first place – is to be the watchdog of democracy, to alarm citizens whenever there are dysfunctions in the system. And I know by experience that reforming a politicized administration isn’t easy, but we should not give up on the ambition to create a functioning state, including a civil service that can be a model for democratic systems in the region.

GIVING STATE MONEY TO THE MEDIA IS HAZARDOUS
What is your opinion on the public/state money in the media? The previous government spent large sums of public funds – millions of euros – on advertising government policies (38 million euros of which 24 million directly for the media in the period between 2008 – 2015). The current government declaratively banned this practice, but again spent large sums of public money in two ways – subsidies for the print media (800,000 euros last year, and over 900,000 euros the next year) and budget funds to monitor election campaigns or referendum issues through the State Election Commission (around 4 million euros only for the 2019 presidential election) or through Parliament (around 1 million euros for the 2018 referendum). How would you comment on this issue, i.e. these numbers and practice?

The spending of state money for media is a very dangerous practice if not well regulated and controlled. It is also important to be aware of the practice behind. Imagine I am a Minister dealing with the air pollution. I launch a very expensive public campaign in the media paid for with the state budget. And then there will be elections. The media involved in my campaign against the air pollution, will now make publicity for my re-election. And I don’t pay them, or just a little bit, because they already received enough money as part of the earlier public campaign against air pollution. Such practices can be easily detected by the State Audit Office, as they have the tools available to compare prices and spending. However, they can only report. Others, such as the Public Prosecutor, the Courts and Parliament should act and investigate whether illegal practices were involved.
Concerning the print media, we all understand that they are increasingly under pressure from internet media. This is a problem worldwide. Subsidies to print media will not help them to survive, they all should make the transition to online media and only in a phase of transition print media will continue to exist. This is the economic reality we must face. Subsidizing print media is not very effective in this regard. From the past, we learned that by subsidizing print media, parties often tried to buy goodwill – resulting in more positive editorials and front-page articles during election campaigns. It is important to avoid this and even to avoid the impression that this could happen. Instead, the government should focus on supporting the transition of all media to effectively integrate online media and new technologies. Instead of funding for particular media-sections, one should consider measures equally applicable to all media, such as decrease of VAT and all kinds of taxes.
For the monitoring of election campaigns or a referendum, one should first of all avoid even any appearance of possible collision of interests when allocating funds. It is not by spending more money for monitoring, that the outcomes will improve or that people will be less tempted not to respect the rules. I believe it is crucial to relaunch the debate about how to avoid eventual problems in the first place and how to establish an effective and affordable monitoring system, which should be based first on existing oversight mechanisms as they are already paid for this. The current amounts allocated to monitoring are too high for the purpose they intend to serve. A careful analysis of the whole process of allocation and the effectiveness of it is necessary to avoid even the slightest impression that there might be a hidden agenda.