The Constitutional Court rejected a motion which contested legislation mandatory payment contributions for freelancers because the challenged provisions no longer apply.

The complaint to the Constitutional Court was filed by 7,000 citizens, to establish the unconstitutionality of the package of laws that regulate the contributions for freelancers.

The Government lifter the law in July for freelancers

With its entry into force on January the 1st, 2015, freelancers were to pay about 35 percent for pension and health insurance to the revenue based on a contract, copyright contract or other agreement that realizes compensation.

A number of associations, organizations and citizens protested against this law, and the dissatisfaction was expressed on the street. 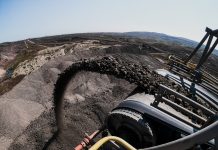 No electricity price hikes in North Macedonia expected, but there will be coal imports