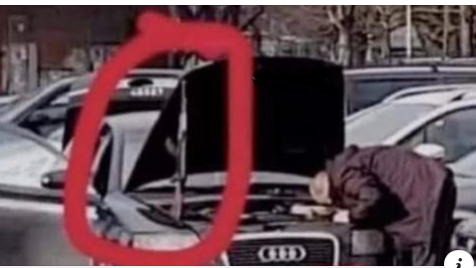 The photograph of an Audi car whose car hood is propped with a rifle resembling a Kalashnikov (AK-47) is claimed to be taken in Tetovo, and as such is shared on social networks, and was published by some of the media, informs Truthmeter.mk in its latest analysis of a Facebook post.

But the photograph was not taken in Tetovo. Even though, at first glance, it seems so, because on the registry plates of the car the letters TE can be seen i.e. the insignia that is used for cars registered in Tetovo, the facts state that this photograph had been edited.

The photograph has nothing to do neither with Tetovo nor Macedonia. The Google search shows that this photograph is connected to a string of countries such as Croatia, Russia, and Bulgaria. According to the data provided by the search engine, the photograph was most likely made in Bulgaria, at the end of January this year.

The Bulgarian daily newspaper “Bulgaria Today” has published this photograph in the “Photo of the Day” category on the 26th of January. The photograph is credited to Aleksandar Tasevski and an explanation was provided that the weapon in the photograph is not a real rifle, but a toy.

According to witnesses of this event, there is no reason to sound the alarm as the weapon is after all a kid’s toy, and not a real rifle, informed the medium in its article.

The photograph published here was registry plates CB, which according to the codes for licence plates in Bulgaria means they are on a car registered in Sofia.

The same photograph, but with different letters on the license plate that resembles the city of Sibenik was published on the Facebook page „Crazy Croatia“ in February.

On the Internet there are claims that the photograph was taken in Russia.

This doctored photo was initially published by Off.net.mk (the website removed the article after the fact-check has been published), and then by several other media (Facebook), which claim the social networks as the source (Facebook) of the information. The lead could be followed through the Grid.mk news aggregator , which also keeps the information for the time of publishing. In this case, we can see that after the initial release of the article on Off.net.mk, Sitel.mk published its own article with the same photograph. Two hour later, Infomax.mk and Republika.mk published articles that are identical to Sitel.mk’s. 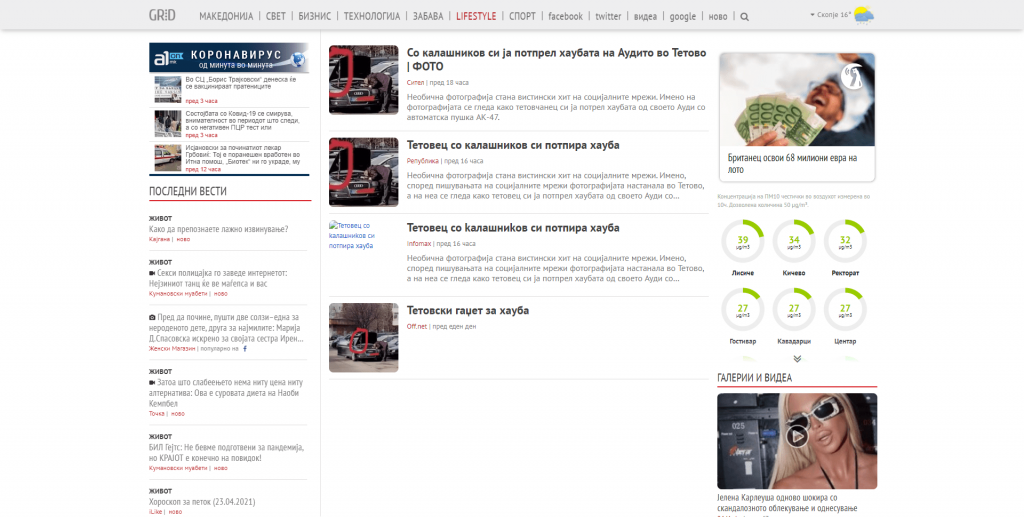 After the fact-check was published on Truthmeter.mk, part of these online media removed the articles or made the content unavailable.

Apart from the fact that this photograph was edited in order to achieve an impression that it is a car registered in Tetovo and with that, it is deceiving the public, this content is especially problematic because Tetovo was targeted as a multiethnic city to which this photograph was attributed.

What is evident here is the spread of stereotypes about a city and associating the people of this city with violence, in particular associating these traits to ethnic Albanians, who comprise majority of Tetovo population.

Because of such stereotypes and prejudices, the city has been imputed a label that is crime-prone without any real reason and for something that has happened in another state, writes Truthmeter in its most recent analysis.